Tweet
When this headline appeared in Russian media just days after the sarin gas attack in Khan Sheikhoun killed over a hundred civilians it got almost no notice in the United States. In April, Pravda.ru reported:


Putin: More chemical attacks being prepared in Syria
11 April 2017
Moscow has information about upcoming chemical attacks in Syria, similar to the one that has recently occurred in Idlib. The new attacks will take place in other regions of Syria, including in the capital city of Damascus, Russian President Putin said.

Putin made the statement about impending chemical attacks in Syria after negotiations with his Italian counterpart Sergio Mattarella, Interfax reports.

"We have information from various sources saying that such provocations, I do not have a different word for it, are being prepared in other Syrian regions, including in southern suburbs of Damascus, where they are going to use some substance and accuse the Syrian official authorities of that," Putin told reporters.

I did notice at the time, and wrote:


This tells us that Putin is planning more sarin terror attacks in Syria. Putin, not Assad, not "the opposition," not "jihadists," Putin. It also means that soon we will be hearing how Putin's prediction was right and Assad didn't do it again, as more little children choke to death, and the "anti-imperialists" like Code Pink and Veterans for Peace once again play out their role as 21st century holocaust enablers. Putin is desperate to end this thing at any cost. He did his own "Mission Accomplished" dance 13 months ago, when he announced the Russian air force was going home. Then he brought them back right quick, and they are still there, slugging it out. It is Putin that has turned to sarin hoping its terror will end this thing quickly. That is why it is essential to his plans that the world do nothing in the face of these attacks and the Syrian people feel abandoned. That also why the Assad Loving Left in the United States has played a crucial role in sustaining the dictatorship through all its difficulties.

Today we have this ominous warning from the White House saying that they are seeing preparation for new chemical attacks, but not by some unnamed entity as Putin described, but by the same regime that most outside of the Putin/Assad camp blame for the 2013 sarin attack in East Ghouta, and this April's attack in Khan Sheikhoun:

There are also indications the French are seeing the same thing:


🔴 #BREAKING - Macron: Any use of chemical weapons in Syria will result in an immediate strike by France https://t.co/omP9IwIdAi pic.twitter.com/6VkilQPFxC
— FRANCE 24 Breaking (@BreakingF24) May 29, 2017

Since it does nothing to strengthen their case, Democracy Now does not mention the French warning and sees in the US warning to Assad not to use chemical weapons, a US effort to escalate the war. Apparently, DN is already taking the stand that it couldn't possibly be true. They would have us think Assad would never commit the mass murder of civilians, at least not with chemicals:

The White House claimed Monday, without offering any evidence, that the Syrian government appears to be preparing for a chemical weapons attack. Unnamed U.S. military officials told The New York Times that they were surprised by the White House statement. Military experts say this type of public warning from the White House is highly unusual. The statement appears to be aimed at preparing American public opinion for an upcoming U.S. military strike against the Syrian government, warning that if Assad does conduct a chemical weapons attack, "he and his military will pay a heavy price." Critics are warning that the United States is quietly expanding its military role in Syria, threatening the possibility of a direct conflict between the U.S. and Russia.

Since almost all CW attacks in Syria have been against civilians opposed to the Assad regime, DN doesn't even care to name who the chemical attack may be against. The White House statement speaks of "the mass murder of civilians, including children," and while the official US concern may be bogus, the DN concern for those civilians is nonexistent. That is why they speak of  "a chemical weapons attack" without a target. Who cares? They exhibit zero concern either for those Syrian civilians that have been killed by chemical weapons and conventional weapons by the Syrian regime in the past, or will be killed by them in the future. Democracy Now hasn't protested the chemical murders of Syrian civilians either now, in 2013, or in between. They have never tried to determine who committed these murders. Their focus has been entirely about creating doubt that the Assad regime and it allies have been responsible. Most of the violence in Syria is never reported on Democracy Now because most of the violence is done by Putin and his proxy. 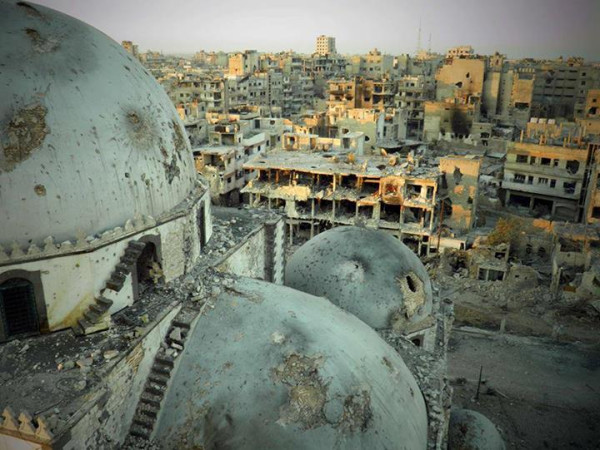 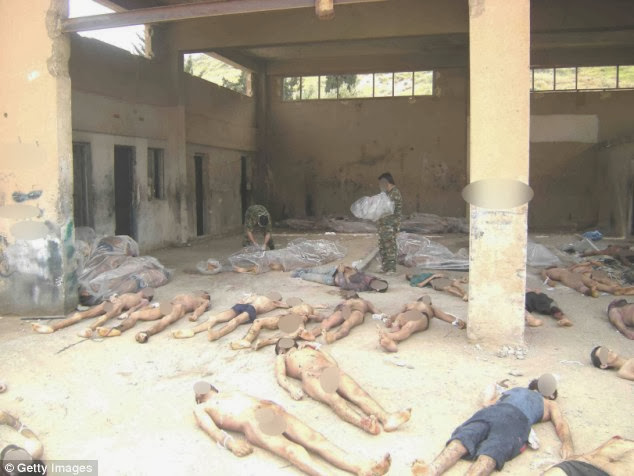 Today the Guardian ran an extensive background report about CW use in Syria:


What do we know about regime's use of chemical weapons in Syria?
Martin Chulov
27 June 2017

What has the White House alleged?
The Syrian military is making preparations for a chemical weapons attack that “would result in the mass murder of civilians, including children”.

How has the Assad regime used chemical weapons in the past?
It has deployed them in a variety of ways over the past five years: in grenades and makeshift bombs dropped from helicopters; rockets fired from jets; and artillery rounds and custom made rockets fired from the ground.

Chlorine has frequently been used, but as it has an industrial purpose in Syria it is not banned. Chlorine gas is a crude weapon that can be fatal in high concentrations. In lower doses, it can damage lungs or cause severe breathing difficulties and other symptoms, including vomiting and nausea.

The lethal nerve agent sarin has been deployed less often, but generates more outrage internationally because it can cause widespread loss of life.

Its most recent use was in an attack on the northern town of Khan Sheikhoun on 4 April. Earlier attacks took place in villages near Aleppo, Homs, Idlib and the outskirts of Damascus. A large scale attack involving more than one tonne of sarin killed more than 1,300 people in the suburbs of of the Syrian capital in August 2013. The overwhelming majority of those killed were in opposition communities. More...

Linux Beach has also extensively covered chemical weapons use in Syria and the response to it. All of these posts are carefully documented, and what is more important is that they are rich in links to the most important source materials. So, if you really want to understand this question, this would be a good place to start: