Peace talks stall as the slaughter of Syrian civilians continues

International peace talks in Geneva on Syria have been called off by the UN because Russia is carrying out a massive carpet bombing campaign in support of a new Syrian Army offensive that has so far succeeded in cutting the lifeline to Turkey for over a million Syrians living in opposition held Aleppo. They are trying to add Aleppo to Madaya and the 21 other areas that the Assad regime and its allies is trying to starve into submission.

Russian bombers carried out over 200 sorties over Aleppo Tuesday. The encirclement of Aleppo came only after "more than 500 raids by Russian airplanes".

Wednesday Russian and Syrian warplanes launched dozens of strikes on the anti-Asssad towns of Hayan and Hreitan in northern Aleppo according to the Syrian Observatory for Human Rights. SOHR also says more than 1,015 civilians, including 200 children, have been killed by the Russian attacks since they started in September 2015. They also report that the US lead coalition has killed 312 civilians including 90 children since it began in September 2014. The difference results from the fact that while the US and it allies don't mind killing civilians, Russian and its allies specifically target them.


Russian FM Lavrov: We'll keep bombing Syria "until all the terrorists are defeated...I see no reason to stop these airstrikes."


Want to know why there is a Syrian refugee crisis? This is what we let Assad do to Homs. It is about to get a whole lot worst as Syrians flee Aleppo.

Syrians know what Assad did to Homs, Middle East Eye reported on the threat he made to Aleppo:

The Syrian army has warned residents of Aleppo they face "bloodshed", "destruction" and the death of their loved ones if they do not expel rebel fighters from the city within 48 hours, in leaflets dropped from government helicopters. Pro-opposition news sites published one of the leaflets, which they said were dropped on Tuesday night over rebel-held districts of Aleppo. The leaflet told residents: "The war is coming to its end. It will be tragic for all of us if it ends with the death of your loved ones and the destruction of your homes,” the Arabic leaflet read. “The leaders of the Arab Syrian Army are proposing [either] bloodshed or [a chance to] avoid this fate by expelling the foreign and intruding fighters from your area – safe passage for their exit will be arranged.” The leaflet offered safety to local fighters provided that they hand over their weapons and all foreigners fighting in their ranks – it did not specify which specific groups or nationalities it addressed.

If it isn’t already, EU should be preparing for #Syria refugee flows the like of which we’ve never seen before. #Aleppo’s emptying en masse.
— Charles Lister (@Charles_Lister) February 4, 2016


We have a new report from Amnesty International:

Refugees in the region


Jordan hosts approximately 635,324 refugees from Syria, which amounts to about 10% of the population

The UN’s 2015 humanitarian appeal for Syrian refugees was just 61% funded by the end of the year. 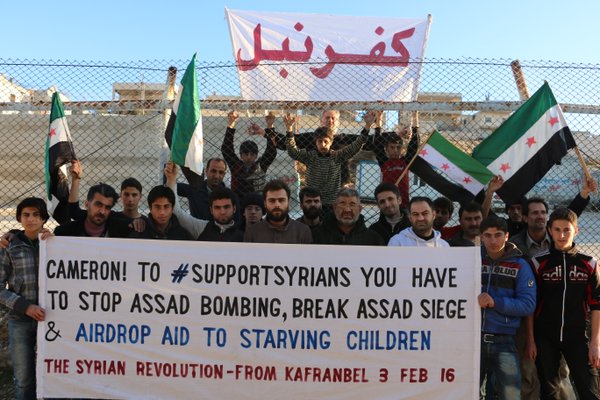 
Click here for a list of my other blogs on Syria
Posted by Linux Beach at 10:22 AM No comments:

From Luna Watfa: Under The Mercy of Potentials 2

Under The Mercy of Potentials 2


See also:
From Luna Watfa: "Do not stop, keep going ... keep moving!"
From Luna Watfa: Death accompanies you on every step
Basel & Luna made it from Syria to Germany safely but they still need your help
A report from Luna & Basel, Syrian refugees in Germany: "Waiting is not Healthy"
From Syria refugees Luna & Basel Watfa: Like living in the Stone Age


Syria is the Paris Commune of the 21st Century!
Click here for a list of my other blogs on Syria
Posted by Linux Beach at 9:29 PM No comments:

There are many, many ways that white supremacy is baked into the very fibers of the political system that likes to think of itself as the fairest and most democratic on Earth. One way is that the election of our commander-in-chief, the most powerful political and military position in the United States, a country that is 63% white, begins in Iowa, a state that is 90% white. 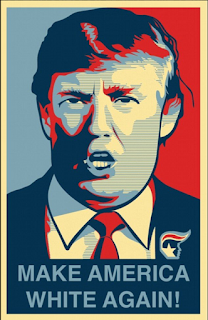 For a week now we have heard the pundits talk about the crucial role of the Iowa caucuses in choosing our presidents. How its make or break for some campaigns, how it is almost impossible to win a presidential election without a good showing in Iowa ..blah, blah. It is true that Iowa Democrats have made some very progressive choices, they nominated a black man for the presidency in the last go-around, and I hope they nominate a "socialist" for the job this time. However, that doesn't diminish the fact that placing the first election of delegates in Iowa, a state that is 90% white, and New Hampshire, a state that is 96% white, give whites a bigger role in choosing our presidents than they would have in an America that is 63% white if the system wasn't seeped in white supremacy.

In 2016, this built-in racial bias may play a more important role that in most presidential elections because this year Donald Trump is running the most racist presidential campaign of my life time, and since I hope to turn 68 before we elect a new president, that covers a considerable period of time.

Remember Hitler was elected. So was Mussolini!

Posted by Linux Beach at 2:51 PM No comments: