My dare to Ray McGovern & VIPS on Syria CW attack

Tweet
Ray McGovern, yesterday you presented a memo on your blog from Veteran Intelligence Professionals for Sanity (VIPS) asking "Is Syria a Trap?"

In it you absolve the Assad Regime of responsibility for the chemical weapons attacks that took place in the Damascus area on 21 August without ever referencing the vast amount of carnage caused by aircraft, Scud missiles and heavy artillery that the Assad regime is solely responsible for.

That alone, makes your chemical weapons memo a depraved defense of a mass murderer! 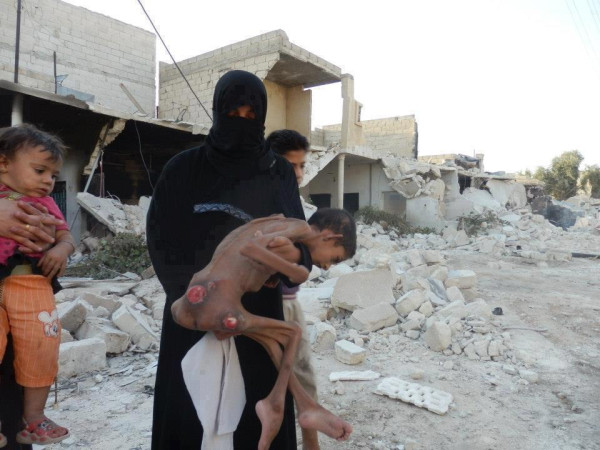 Instead, you blame this CW attack, which killed over a thousand in opposition communities, on "senior opposition military commanders and Qatari, Turkish and U.S. intelligence officials"

That is a pretty vast conspiracy, involving spies from three countries and rebel commanders. Hard to believe, actually.

So why were the Saudis left out? Is that where the MintPress story comes in? The Saudis were so peeved at being left out of the main sarin gas conspiracy that Prince Bandar gave some of his sarin gas to the incompetents in the tunnel. It all makes so much sense now!

The main complaint, and it is a good one, with the US, British and French intelligence reports that say the Assad regime did the dirty deed, is that we don't have access to the raw intel data to see for ourselves.

So what are VIPS sources? They cite "some of our former co-workers" which would be the juicy stuff only they would have, and "a growing body of evidence from numerous sources in the Middle East — mostly affiliated with the Syrian opposition and its supporters" what the intel business calls "open source," stuff that we all have access to.

From the closed source stuff they don't really give us any facts we can check. For example, they give us almost no information about this series of planning meetings they say took place in Antakya, Turkey 13-14 August 2013. They don't name any names. [guess it won't be publish in counterpunch] Now what could be the harm in that?

So my challenge to Ray McGovern & VIPS is to, at a minimum, name "the senior opposition military commanders" who were present at these meetings. If VIPS believes they were involved in a plot that took over a thousand lives, surely they aren't interested in protecting their identities.

So call them out publicly. Let us judge how senior they are and know who is collaborating with these western spies. Once you have named them, we will be able find out why they were in Antakya and asked them to respond to these charges.

Without the names from you, we have only your word, and I'm sorry, but that just isn't enough anymore.


Click here for a list of my other blogs on Syria
Posted by Linux Beach at 12:29 PM