Tweet
I have been blogging hard on the incredible brutality of the Assad regime and its backers. Just today I have published this post about a mass grave that has been found with the bodies 5,000 prisoners executed secretly by Assad, and another post about a new regime use of chemical weapons in Douma and Adra. But I have had a special focus on the crimes the Assad regime commits against Syrian children and my Assad's New Strategy: Nothing Makes People Flee Like Murdering Their Children, published 26 July 2013 has been my most successful blog post to date.

Now, one of the Assad regimes well worn propaganda techniques is to muddy the waters by claiming that his opposition is doing whatever he is doing, and since he is widely being charged with slaughtering children, this news story, which came out today and is being heavily promoted in all of the pro-Assad media, was entirely predictable. This is the FARS News Agency version: 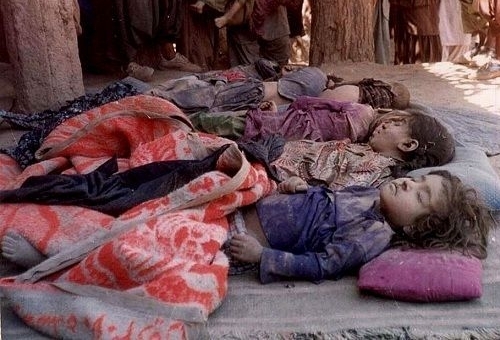 According to al-Alam, terrorists attacked villages in Tal Abyad, near al-Hasakah governorate, killing civilians including women and children.

The Kurdish dominated region of Tal Abyad located in North of Al-Raqqa governorate, was already volatile after terrorist groups from the Islamic State of Iraq and the Levant and al-Nusra Front attacked the region weeks ago to take it under control.

Deadly clashes have been going on in the region as Kurds gathered volunteer fighters and started to stand against terrorists.

Kurds have come under attack in Aleppo as well, where earlier this week terrorists launched an assault on Tal Aran and Tal Hasel, killing and abducting many people and forcing others to leave.

Videos posted online by the militant groups showed hundreds of women and children in Tal Aran, lying dead on the ground after their homes and plant fields were bombed. More...

No links to the videos the article said were posted online are given, and the single picture is the only proof offered that children have been killed. And looking at the many posting this report has spawn we see that only this single photograph is being offered has proof, as in this screenshot of faro, today: 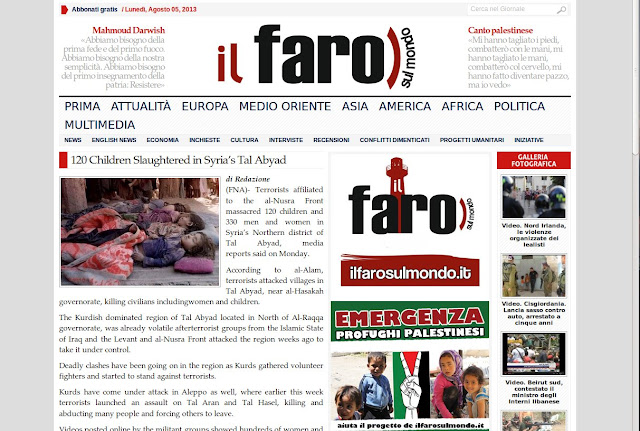 Alex Jones rushed this out: 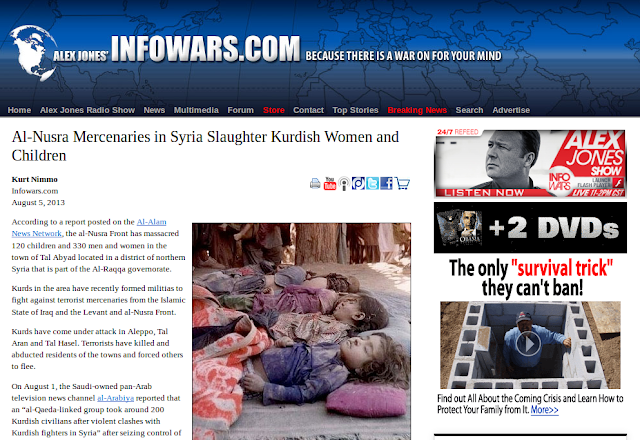 Here is a small sampling of how this ugly story is making the rounds on twitter:

Well maybe I can put this ugly propaganda lie to rest before the anti-interventionists Left takes it and runs with it because I have already identified the photo being offered as a picture some of the 120 children killed by al Nusra in Yal Abyad as originating from a posting titled Children of the Drone on the Hang the Bankers website. Here is a screenshot that shows the context in which it appears on that website: 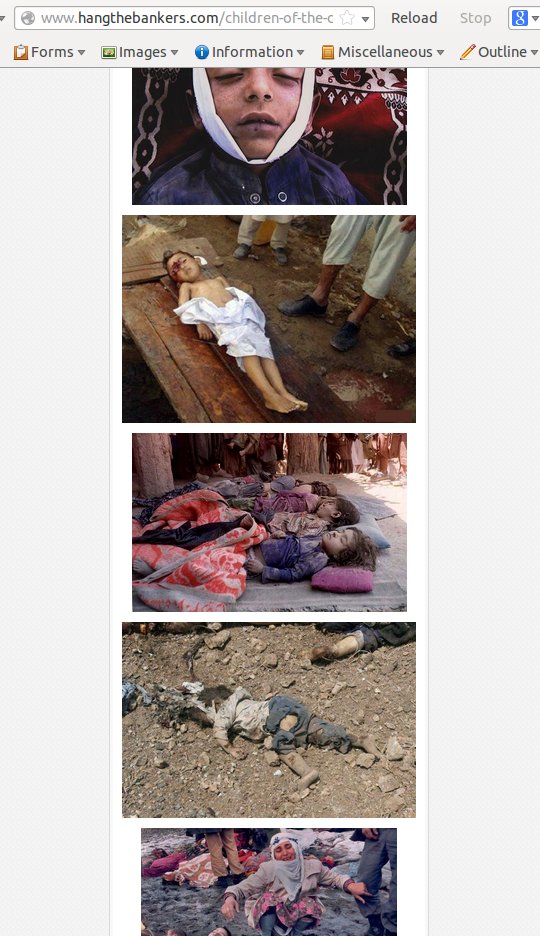 The picture is credited to Daniel Berehulak of Getty Images and was published on 23 July 2012.


Bashar al-Assad & friends, You are busted! Caught in a lie again!
#Assad, #Iran - You Lie on the Graves of the Children - Now Your Lie Is Exposed!

These people are simply unbelievable!


The consensus seems to be there's been no photos or videos of the alleged massacre of Kurds in Syria, but feel free to prove that wrong


Click here for a list of my other blogs on Syria
Posted by Linux Beach at 6:43 PM