As this picture shows, these racists brought their foul stench to the July meeting. They came to broadcast their dislike for African Americans, Jews, immigrants, in fact all of humanity. They acted like children, blurting out misplaced statements, and holding up misspelled signs.

In August some of the leaders of this Santa Monica assault marched with the plainclothes Nazis and Klansmen in Charlottesville. The week before they went to Charlottesville, they again tried to invade the Committee for Racial Justice meeting. They did not succeed. Although they came with much greater numbers to the August meeting and tried to bully their way into the meeting, the committee members were able to fight them off and go forward with the meeting as planned.

In their anger and frustration, they promised to return in September with "hundreds." They vowed to "shut the meeting down." They said they were going to make Santa Monica their new "Berkeley."

The CRJ Steering Committee responded by making a broad call to the progressive public to come to Virginia Avenue Park and show their support for the anti-racist struggle by their numbers, and the community responded. The Santa Monica community really turned out, even the Mayor was there, and activists came from as far as San Diego. It was us that came with hundreds, maybe as many as a thousand. Our security reported that a group of plainclothes neo-Nazis were lurking a few blocks away, and a few people thought they saw a red pink elephant scouting the park early on. No doubt, when the racists saw what was waiting for them, they beat a hasty retreat.

We had a very successful meeting with a packed room while hundreds of supporters celebrated in the park. The Santa Monica Police again showed up in large numbers. I never knew they had a cavalry before! They also brought in help from the sheriff's department and from other local police departments as far away as Alhambra, but they were unneeded. We, the people, had the situation well under control. 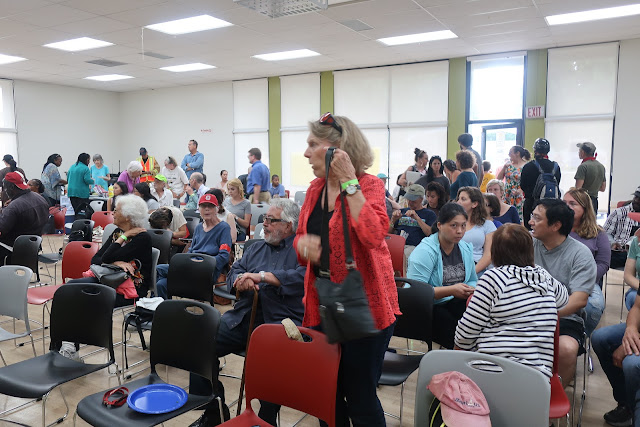 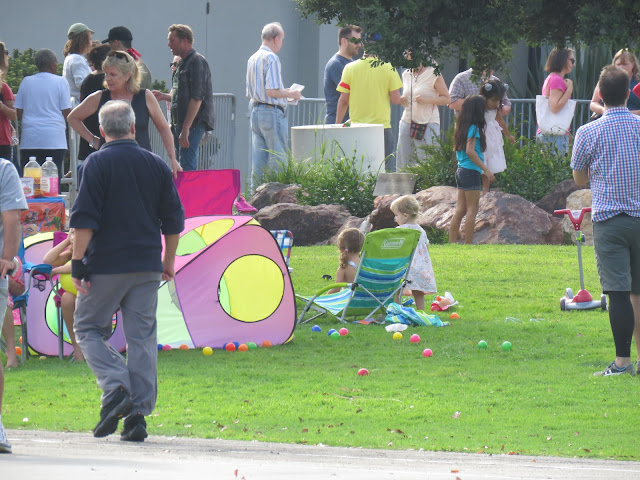 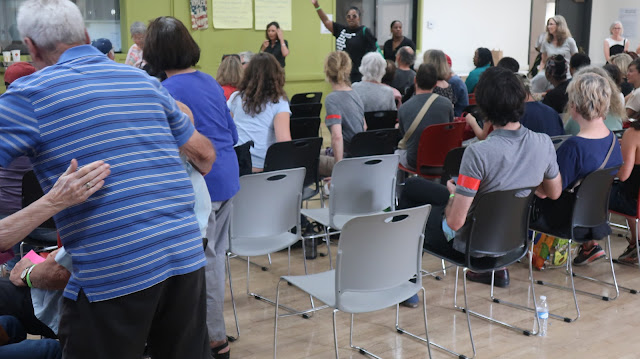 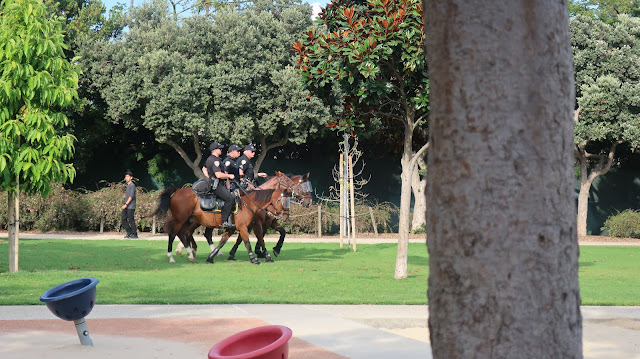 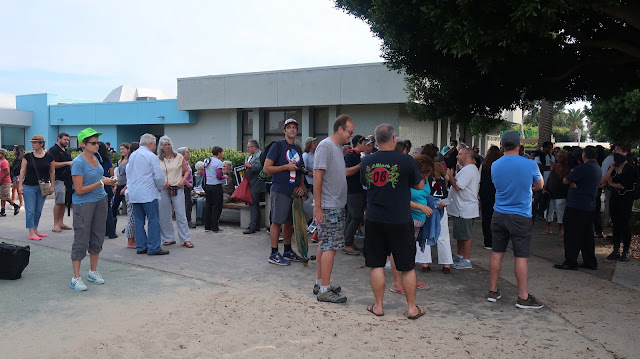 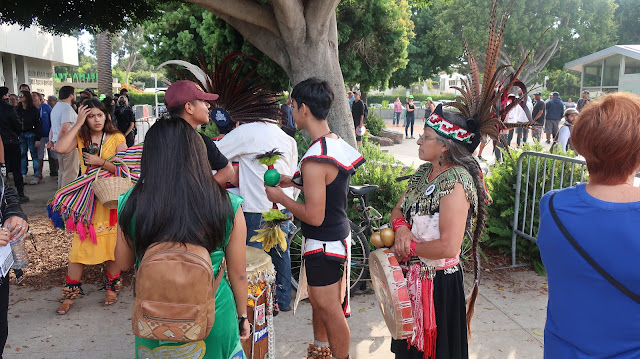 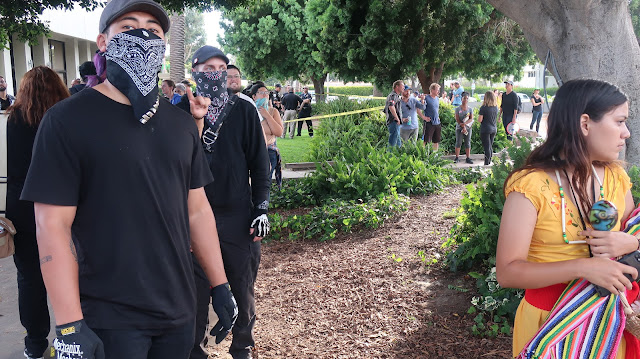 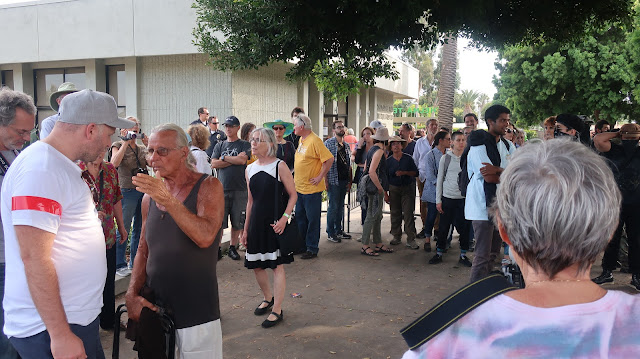 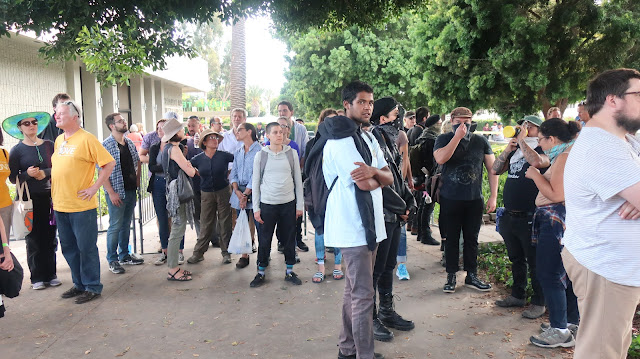 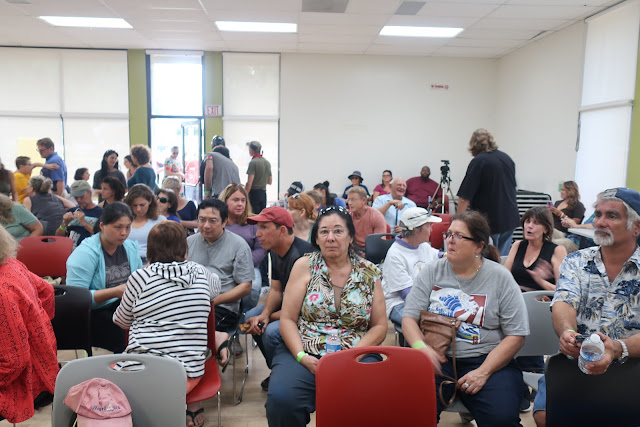 Here is the CBS News report on the meeting. Notice that they used my footage of the July and August meetings, without either credit or permission, I should add.