How Democracy Now helped to create the Syrian refugee crisis

Tweet
The current Syrian refugee crisis did not just suddenly descend upon Europe without notice. It took years of neglect while the Syrian government carried out a policy of war on civilians, even employing a strategy that involved specifically targeting children. It took years of silence while millions fled the violence to Jordan, and one in every fourth person in Lebanon became a Syrian refugee. It took years of hypocrisy in complaining about Turkey's failure to control it border while not mentioning the 2 million Syrians that have been forced across that border by violence.

Its easy to understand why the capitalist media has maintained this silence. It doesn't favor publicizing either a people's struggle against an oppressive government or the brutal methods used to suppress it. Generally it will only publicize the brutality of a government against its own people when it has an ulterior motive, like building support for military action against a country targeted for regime change. In fact, in spite of "anti-imperialist" claims to the contrary, one of the best proofs that the western imperialists are not interested in building popular support for US military intervention in Syria is the way they have failed to report on the Syrian government's campaign of mass murder and the very real humanitarian crisis that has been created in Syria and the bordering countries. 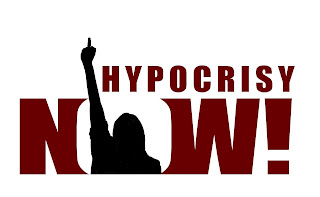 There are a great many things the bourgeois media would prefer not to talk about, not just Bashar al-Assad's four year old daily slaughter of Syrians. Often, they are forced to carry a story only after the alternative Left media has given the issue enough coverage that they are forced to cover it also or face exposure. Then the story has the opportunity to develop legs of its own that takes it far beyond what the capitalist media would have wished.

Generally speaking, this hasn't happened for the Syrian people and the daily slaughter of hundreds of Syrians routinely goes unreported. There have been a few times when the absolute scale of a particular massacre reached the level that media silence wasn't an option, but daily news reports of the daily slaughter normally don't even make it to the back pages. The Houla massacre of 25 May, 2012 in which 108 people were murdered by Shabiha was one such incident, the 21 August 2013 sarin slaughter of over 1400 in a Damascus suburb was another, and the murder of over 100 people by air strikes over Douma recently was a third.

With a few exceptions like those, the mainstream media has been able to maintain it wall of silence on Syria. It has been able to do this so effectively because it has done so with the connivance of the "Left" media. At this late stage, this crisis has broken out on the world stage in an undeniable manner only because the misery so long ignored by the bourgeois and "Left" media has overflowed Syria and its neighbors and has become a European refugee crisis.

Amy Goodman's Democracy Now is almost certainly the most important and the most widely heard "Left" media voice. In Los Angeles, the hour long show can be heard on the radio twice a day and seen on TV thrice a day. It has similar coverage in other major markets and some coverage in virtually every market. If Democracy Now had elected to cover the carnage in Syria with just a small portion of its 60 minute "War and Peace Report" almost everyday over the past four years, its hard to imagine that ABC, CBS, NBC & CNN could have maintained their silence as well as they have. If Democracy Now had shown the Syrian people as much love as it has shown those in Gaza, Bahrain, or Yemen, its easy to imagine that the world would be in a better place today with regards to its handling of the Baathist regime's response to the people's demand for democracy. I have critiqued various aspects of Democracy Now's Syria coverage in blog posts before, most notably:

In this post we will examine Democracy Now's coverage of Syria in 2013, which was a pivotal year for the conflict. January and February passed with no Syria story. More than 10,000 Syrians had already been killed in 2013 by the time Democracy now did its first story of the year on Syria, on the 15 March anniversary of the start of the 2011 Revolution: On Uprising's Anniversary, a Syrian Opposition Voice Says Country is Victim of a Global Proxy War, 15 March 2013. I exposed her guest as an Assad regime insider here the next day. All totaled, she did only 6 stories on Syria before the 21 August sarin attack, or less than one a month while 29,114 Syrians were killed. None of those reports were about the slaughter and suffering of Syrian civilians. They were about things like:

It took the chemical murder of almost 1400 Syrians to get Democracy Now to run an story in which the headline was the suffering of the Syrian people. Two days after the suburban Damascus sarin attack, she ran this: Syrian Activist on Ghouta Attack: "I Haven't Seen Such Death in My Whole Life"
Democracy Now could have made sure that a lot of people knew how many had been killed in Syria the day before. It could have done regular reports on the attempts to organized civilian life in the liberated areas or conditions in the refugee camps. It could have reported on Assad's unrelenting massacre of civilians. Instead it chose to speak out only when doing so would help Assad, and it used its "whistle-blower" reputation to help sell the media silence. That's how Democracy Now helped to create the Syrian refugee crisis.


Click here for a list of my other blogs on Syria
Posted by Linux Beach at 1:42 PM