Baked Alaska, the racist blogger who disrupted the SMCRJ before going to Charlottesville resurfaced yesterday to support Assad with the LA white Left!

Tweet
If you have followed this blog for a while, you are already familiar with this Southern California neo-Nazi. I first ran into Baked Alaska when he came to Santa Monica on 6 August 2017 along with 25 or 30 other plainclothes klansmen and attempted to disrupt the regular meeting of the Santa Monica Committee for Racial Justice. It turned into quite a ruckus! 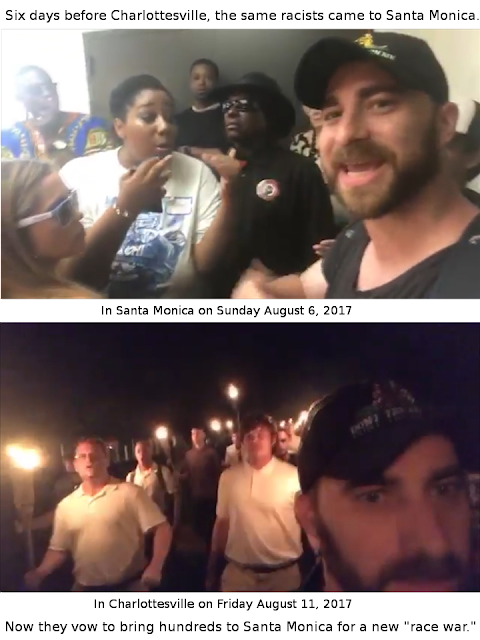 Less than a week later he turned up in the infamous Friday night tiki-touch march in Charlottesville, were was slated to speak to the "Unite the Right" rally. After that he was kicked off The Discord, and went rather quiet.

Yesterday, he resurfaced, protesting the air strikes against Assad in Perishing Square with his new friends in the white Left like the Answer Coalition.