Cops kill an unarmed Black man in Venice: What do we have to burn down to make the news? 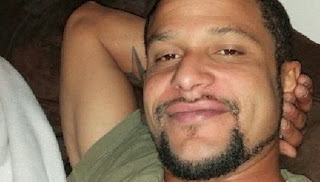 Another unarmed black man was murdered by the police in Venice Beach, CA on Tuesday. His name was Brendon K. Glenn. He was young, just 29. He was new in town and homeless. He is reported to have had mental problems and was drunk on Cinco de Mayo. He had a reputation for giving people hugs whether they wanted them or not but when he tried to hug the bouncer at the Townhouse bar on Windward Ave around 11:30PM, he called the cops. The cops asked Brendon Glenn to show some ID, and when he went into his pocket, one of the cops shot him dead, according to witnesses.

Having this happen in our community, fresh on the heels of the murder of so many unarmed black men in the past year including Freddie Gray in Baltimore, Michael Brown in Ferguson, Eric Garner in Stanton Island, John Crawford in Beavercreek, Ezell Ford in Los Angeles, Dante Parker in Victorville, Naeschylus Vinzant in Aurora, Tony Robinson in Madison, Anthony Hill in Atlanta, Akai Gurley in Brooklyn, Kajieme Powell in St. Louis, Dante Parker in San Bernardino, Tyree Woodson in Baltimore, and so many others, the people of Venice were outraged. Many held an all night vigil at the scene of the murder the next night. Even LAPD police chief Charlie Beck expressed his doubts, saying:

Naturally the police protective league was outraged. There was a hastily called community meeting on Thursday evening that packed the auditorium at Westminster school on Abbot-Kinney Blvd. Many city official and what looked like about half of the LAPD were also in attendance.

Since the shooting, the protests and demonstrations have come non-stop and the shooting has been all over the news in Los Angeles, but it you live outside of Los Angeles you probably haven't heard the news. That is the rather unique prospective I have had on these events because I have been in Texas for work this week. I heard about it from friends. I found more by watching local LA news on the Internet and YouTube, and I waited all week in vain to hear mention of yet another unarmed black man gunned down by police on CNN, Fox News, or MSNBC.

When I wasn't at work, I have been stuck in the hotel with nothing to do but watch the news, so I don't think I've missed the reports. Yesterday morning's news was all about the police. They were still bring non-stop coverage of events relating to the Freddie Gray murder, include live coverage of U.S. Attorney General Loretta Lynch's press conference announcing a new investigation of the Baltimore police and live coverage of the cop funeral in New York City, but of Brendon Glenn and the police murder in Venice, not a word. Its as though there was a news black out about this death in Venice that was only revealed to me because I have local connections. It made me wonder how many other unarmed black men had been gunned down by police this week and have gone unreported. Because that is the real scandal, not just the individual circumstance of the killing of Freddie Gray, Michael Brown and others that managed to break through to the national news, but the on-going rate at which black men are slaughtered by the police in the United States, and that is what I think the media is trying to hide by refusing national coverage of the death of Brendon Glenn. The people of Venice have protested vigorously, but so far they have protested peacefully, and maybe that is the problem. So my question to CNN, Fox News and MSNBC is:

What do we have to burn down to get you to cover this story?

I hope its not the local CVS Pharmacy, because its right across the street from me and very convenient. But if putting the torch to it is the only way to get the national media to recognize the death of Brendon Glenn, then I say "Burn it down!"

And to the media moguls and politicians who cry crocodile tears whenever property is destroyed in a riot, I say, I hold you responsible because you work to cover up these murders and people have learned from long and bitter experiences that the only way they can get recognition for the grievous loss of human life in such cases is to destroy something dear to the powers that be - their property.