I have two friends that were born on the 4th of July, Ron Kovac, who wrote a book with that title and John Johnson, who passed away, at the age of 69, yesterday . John Johnson had a name like mine where the first name is repeated in the last name with a reference to ones origins, and like me, he was a life long radical, one of the original SDSers.

John Johnson was perhaps best known for publishing the monthly calender of events, Change-Links, that provided much of the glue that held the progressive community in Los Angeles together for the past 20 years. The front page always had topical and insightful articles about the issues of the day, but its heart was the calendar section that covered all the up coming programs, meetings, film showings and scheduled demonstrations. It was like a program for the movement in L.A. Every month you would have to seek out your Change-Links to know what was happening. 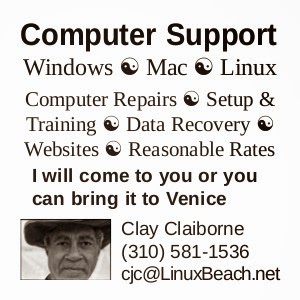 In January 2013, John had heart surgery and as a result, there was no paper version of Change-Links for about six months.  I don't think his health ever fully recovered but his spirits and activity did and we all got complaisant  about getting out Change-Links every month as usual again. Then two weeks ago he had a stroke and fell. He also had a very bad MSRA bacterial infection that got into his bloodstream, Last night he died.

Rest in Peace John Johnson. You will be remember wherever people fight for justice,

The Perils of Progressive Media 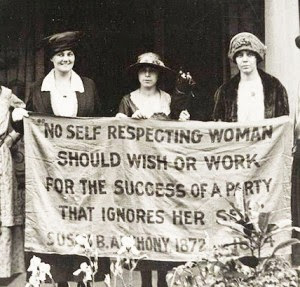 Last month we got an email from the Getty Foundation. They demanded $350 from Change- Links, claiming that we used one of their photos on a page from our Website from about three months ago. On it, we’d ran an article about a homeless families. To illustrate it I chose a photo I found on the Web of a homeless family.

A number of years ago the Getty empire started buying up all the photos they could, especially ones with news value, then charging for their use. Many artists and others waged a large campaign to stop this monopolization of art but so far it hasn’t stopped them.

Change-Links continues to eke itself out without any corporate or think tank support. We’re one of the few remaining examples of genuine public media. And one of the very few progressive publications still in operation. It’s a lot of work to get out.

It’s also critical at this time for us to build a more organized progressive movement in the US. Occasional progressive and radical outbreaks, like the Occupy movement, infuse us with hope, but they don’t last. We no longer have the base of college movements that were once a vital source of energy and continuity to keep things moving.

During the Seventies we tried to build a working class movement, focusing on both community and the work place. But we couldn’t sustain it after a few years. And by then the student actions were already ebbing.

Today corporations dominate the country and our lives. Wall Street rakes in billions in exchange for ruining the lives of untold poor and working class families. Corporations work hand in glove with government officials to bilk and funnel massive amounts of taxpayer money into their own pockets.

Not that it ever existed, but democracy is next to dead in this country. And it’s pretty much the same throughout the rest of the world, worse in some places, better in others. Dictators have figured out that fraud works better than brute force to keep the population in tow, though they don’t hesitate to use both.

The best news sources on broadcast media are Amy Goodman’s “Democracy Now,” and Thom Hartmann. Rachael Madow can be good, but we took a big hit when they got rid of Keith Obermann.

The corporations and the government are not going to establish a fair and balanced public broadcast or print media, much less a progressive one. We’ve got to do it ourselves. Amy Goodman gets a lot of support, and can always use more. But Change-Links is hanging by a thread that gets more frayed with every issue. If you value the news and information we provide, we need your donations and/or volunteer time. Now!