Yesterday, as video emerged of Syrian helicopters attacking opposition forces on the ground, and the UN reported that Syrian attack helicopters are being used against civilians, US Secretary of State Hillary Clinton charged that Russia was suppling attack helicopters to Assad. Speaking yesterday Clinton said:

"We have confronted the Russians about stopping their continued arms shipments to Syria, They have, from time to time, said that we shouldn't worry, [that] everything they're shipping is unrelated to [Syria's] actions internally. That's patently untrue, and we are concerned about the latest information we have that there are attack helicopters on the way from Russia to Syria which will escalate the conflict quite dramatically."

On Monday Syrian opposition charged that these helicopters were firing indiscriminately:

Government military forces fired indiscriminately Monday from helicopters on a town on the outskirts of Jabal Al-Zawiya, inflicting scores of casualties on civilians and rebel forces, an activist told CNN.
...
"The regime is escalating the use of violent forces," said an activist in Idlib whom CNN is identifying only as Ahmad for safety reasons. "We cannot believe that the world is watching us being killed ... we want military intervention."

Today Russia issued it's response, a flat denial. From this morning's Miami Herald we have:

Russian news agencies reported Wednesday that Foreign Minister Sergey Lavrov denied a claim by U.S. Secretary of State Hillary Rodham Clinton that "there are attack helicopters on the way from Russia to Syria."
....
Lavrov says that Russia isn't providing Syria with weapons that can be used against peaceful demonstrators.

But according to B92 Net:

MOSCOW -- Russia has denied it has been delivering new military helicopters to Syria and stressed it is only repairing the ones delivered 20 years ago.
...
Moscow Defense Brief editor Mikhail Barabanov said Clinton could only have been referring to "some Syrian Mi-24 or Mi-17 helicopters that were sent back to Russia for repairs." 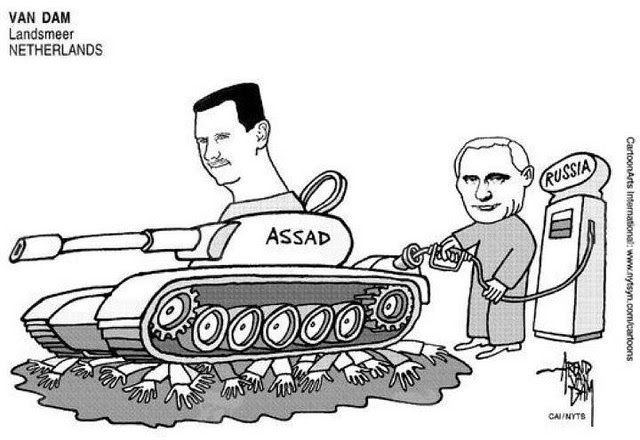 Thu Jun 14, 2012 at 8:26 AM PT: The anchor on Russia Today this morning said that SecState Clinton accused Russia of sending new helicopters to Syria. But Clinton never said new helicopters. They didn't say "new helicopters" yesterday. The addition of this adjective to the report is itself new. This is just dishonest journalism on RT's part.

This follows my report yesterday that Russia was sending refurbished helicopters to Syria.

Russia supplies Syria "only with something that Syria would need in the event of an armed attack on it from without,"

"We don't supply Syria or anyone else with things that are used to fight against peaceful demonstrators, unlike the United States, which regularly supplies that region with such special equipment,”

Lavrov didn't say what that "something" was but obviously attack helicopters are something Syria would need if attacked from without. The problem is that while there is no current or external attack on Syria which, according to the UN, is using attack helicopters against civilians.

Konstantin Makiyenko, deputy director of the Center for Strategies and Technologies Analysis spoke yesterday and again seemed to confirm that Russia was sending refurbished helicopters to Syria:


the helicopters Clinton was talking about likely underwent maintenance in Russia.

"Even if we assume that combat helicopters are now indeed being passed to Syria, this action would not at all contradict the current norms of international law dealing with weapons trade," Makiyenko told Interfax-AVN on Wednesday.