Robert Fisk: Syria's civilians have disappeared..& there are no good guys

Tweet
Its been a busy news cycle. The day after a hundred Free Syrian Army officers in Homs signed and published a statement protesting the Russian attack, and just a few hours before I republished it here, Robert Fisk publish an article in The Independent claiming that they didn't even exist. Now I am very glad that I included a video in my report:

Syria’s ‘moderates’ have disappeared... and there are no good guys

4 October 2015 20:08 BST
The Russian air force in Syria has flown straight into the West’s fantasy air space. The Russians, we are now informed, are bombing the “moderates” in Syria – “moderates” whom even the Americans admitted two months ago, no longer existed.

Robert Fisk talks like only fighters are killed by the Russian bombs. He never speaks of the 33 civilian killed by Russian bombs in Homs on their first day of attacks. That number included 3 children. But not to worry, Robert Fisk assures us that there are no "moderates" [a category created by Western journalists and politicians, not Syrians] in Syria any more. And "no good guys." Does that include the children?

How is it possible to have a whole country in struggle and no good guys are produced? Unless we are talking about a nationality so depraved, root and branch, that in struggle it produces only bad people. Is that how Fisk see Syrians? And what about civilians, even apolitical ones? Should they be considered "moderates" or something else?


This rubbish has reached its crescendo in the on-again off-again saga of the Syrian “moderates”.

These men were originally military defectors to the FSA, which America and European countries regarded as a possible pro-Western force to be used against the Syrian government army. But the FSA fell to pieces, corrupted, and the “moderates” defected all over again, this time to the Islamist Nusrah Front or to Isis, selling their American-supplied weapons to the highest bidder or merely retiring quietly – and wisely – to the countryside where they maintained a few scattered checkpoints.

Nobody told the Free Syrian Army that its didn't exist, so while Robert Fisk was ignoring the civilian deaths and telling the world not to worry about the Russian bombing because there are no good guys in Syria, the Free Syrian Army of Homs made this video and issued this statement:

The officers of Homs Liberation movement and the rest of their fellow free comrades stress that Russia had put itself in a direct confrontation with the rebelling Syrian people and the free people of the whole world who are supporting them when it publicly moved from a supporter of a criminal person into a supporter of a criminal who kills children. The first targets of its planes were the densely populated villages inhibited by unarmed villagers fleeing from the Assad regime in Homs. In these villages there is no presence of any extremist organization.

We, as the biggest gathering of the Free Army in Homs, which gathers more than 100 officers in its ranks, who had defected from the criminal regime, and who are acknowledged by the Russian occupation minister of foreign affairs as part of the political solution, emphasize our total rejection of any initiative or any convergent step, which Russia sponsors as long as it remains biased to criminal Bashar instead of siding with the oppressed Syrian revolution’s people.

It has been obvious for some time now that ex-journalist Robert Fisk has turned to the dark side. Now he is merely a propagandists selling the Assad/Putin line that the only choice for Syria is between the Assad Regime and the Islamic extremists, and really, we shouldn't care too much what happens because there are no good guys in Syria. 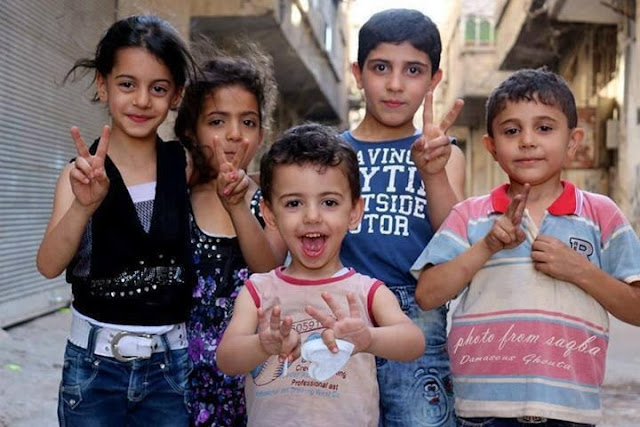 
Syria is the Paris Commune of the 21st Century!
Click here for a list of my other blogs on Syria
Posted by Linux Beach at 9:54 PM