Jill Stein was a frequent guest on RT [Russia Today]


A case study: RT support for the Jill Stein campaign on YouTube

A search on YouTube for "rt america jill stein" turns up "About 5,570 results," 2,750 in the past year, and RT/America averages more than 5,700,000 views a month on YouTube alone! RT/America is just 1 of the 88 members of RussiaToday [note the parent YouTube organization has not changed its name], which in total get an average of more than 133 million monthly views on YouTube. RT is another member of this family with mostly English content, and favorable to Jill Stein, that has an average monthly viewership of more than 28 million, Ruptly TV is a third Jill Stein fan brand with more than 14 million monthly viewers. 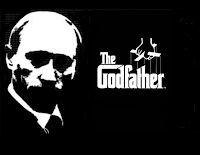 These are all professionally produced videos, and they aren't cheap to produce, so even though YouTube pays Russia Today as much as $274,000 a year for those views on RT/America alone, sustaining the channel has to be costing the Kremlin millions, but since RT has an annual budget of over $300 million, it is still small potatoes to them.

There have been over 190,000 views in the top 10 of those 2,750 RT/America videos supporting Jill Stein's candidacy. The view totals for all those videos is likely to range into the tens of millions. Taking just this one example of RT videos for Jill Stein and extrapolating that across all RT platforms, which in the US include cable, satellite, and broadcast TV, radio and all social media, not just YouTube, but facebook, Instagram, and Twitter as well, it's easy to conclude that since the Jill Stein campaign only raised $3,713,170, Putin probably spent more on the Jill Stein campaign than the campaign spent on itself. If this is true, it means that votes for a US presidential candidate supported largely by Russian resources put Donald Trump in the White House.


"We look to RT for access to the American public."

The website RT.com also played a big role in promoting the Jill Stein campaign. The eight images below represent just a tiny sample of the "About 416 results" Google finds for a search for "Jill Stein" on RT.com: