Did Trump just kill thousands of people in Afghanistan?

Tweet
The big news yesterday was that United States President Donald Trump dropped the largest bomb on people since the atomic bombs dropped on Japan to end World War II. The MOAB also known as the mother of all bombs, is the largest non-nuclear bomb in the US arsenal. It has a blast radius of more than a mile, which is to say that if it were set off in lower Manhattan it would destroy most everything on the lower half of the island. Fortunately, it didn't go off in New York City, it went off in the Achin district of Nangarhar, Afghanistan. We are told that the MOAB was tasked with taking out a deep ISIS tunnel network, and early reports say that 36 ISIS members were killed. 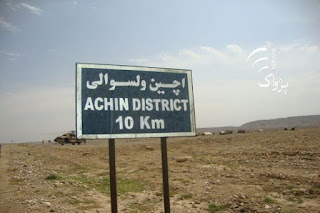 So far there has been little talk of civilian casualties and the feeling is given that this was an isolated mountain valley up in the northeastern corner of Afghanistan with nobody around except these terrorists. Otherwise Trump never would have used a weapon designed for Iraq but never used by Bush or Obama for fear of massive collateral damage, right?

Even in the time I have to Google before work this morning, I have found something that indicates that may not be the case. Pajhwok Afghan News put the population of the district at 150,000 less than a year ago:

Why Daesh chose Achin district as its base in Afghanistan

By Pajhwok
May 09, 2016 - 18:01
JALALABAD (Pajhwok): The Islamic State (IS) -- or so called Daesh -- has chosen the Achin district of eastern Nangarhar province as its headquarters for a variety of reasons.

The district’s proximity to the Durand Line, a contested borderline haunted by militants of all stripes, and easy weapons and logistical supply routes seem to have driven the rebel group’s choice of its HQ..

Achin has an area of 350 square kilometers and a population of 150,000 --all of them Pashtuns from Shinwari and Alisher Khel tribes. Majority of residents of the district are reliant on agricultural, cultivating wheat, maize, potatoes, cotton, onion and others crops.

Where Daesh fighters came from

A source close to the group confided to Pajhwok Afghan News that five years ago when Pakistani forces launched operations in Orakzai and Khyber agencies, families of Daesh fighters started sneaking into Achin. Most of them were Pakistani militants.

The rebels then built seminaries and cultivated local residents, as well as the Taliban, the source said, adding the predominantly Salafi fighter gradually joined forces with Daesh. The move caused differences within the Taliban groups.

Salafis from Kunar, Nuristan, Nangarhar and a number other provinces joined Daesh in Achin and converted the district into their stronghold. Daesh wanted to extend sweep to the north through Sarobi and Tagab districts, but its plans had been foiled by Afghan and foreign forces, the source revealed.

Despite losing many dreaded commanders and leaders, Daesh still has several training centres in Achin. Nangarhar police spokesman, Col. Hazrat Hussain Mashraqiwal said: “Daesh has chosen Achin as its base where the rebels could easily receive supplies from across the Durand Line.” More...

For those interested in what ISIS is going in Afghanistan, this article is well worth reading in full. The point I want to make is that this was no empty place, no doubt civilian were killed and the potential that thousands were killed is real and the media should stop acting like that is not even an issue until we know a lot more. Clearly, this was an important ISIS stronghold, but if thousands of civilians were slaughtered in the process of wiping it out, it will prove to be both a humanitarian and political disaster. 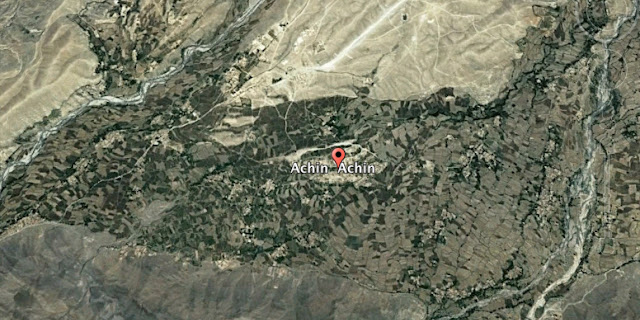