How FAIR is this support for Russian aggression?

Tweet
Today the world is a buzz with news of the first Russian air strikes in Syria. I reported it in this blog this morning: Russian warplanes attack Free Syrian Army & kills civilians

This is how FAIR is covering the story: 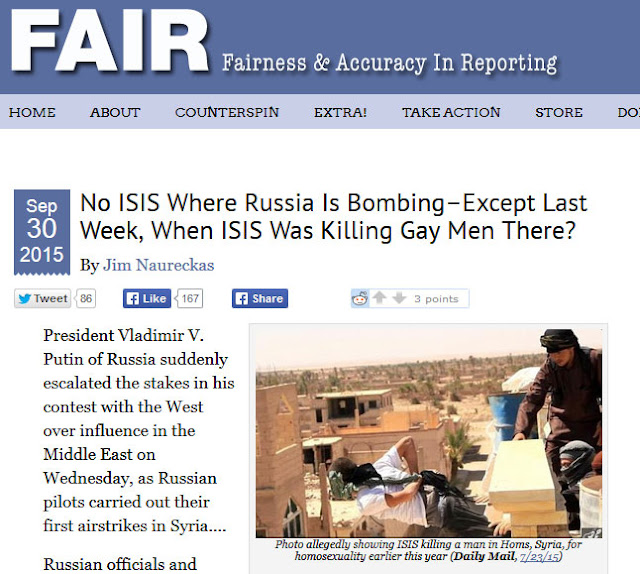 Without even reading it you can see that they are saying that at a minimum, ISIS was where the Russians bombed and doing terrible things there. With that story they do two things at once. They appear to justify the Russian bombing, even if it turns out to be a mistake, and they put the spotlight back on ISIS and its terrible crimes, and the picture they provide is the proof.

The only problem is that a Google search of this image quickly reveals that the consensus of opinion is that it presents ISIS crimes in Palmaya, not Homs as the FAIR caption incorrectly states. That caption is not the one used by the Daily Mail, that caption was created by FAIR, although, to be fair, the Daily Mail article does say the images were "thought to be in Homs, Syria." 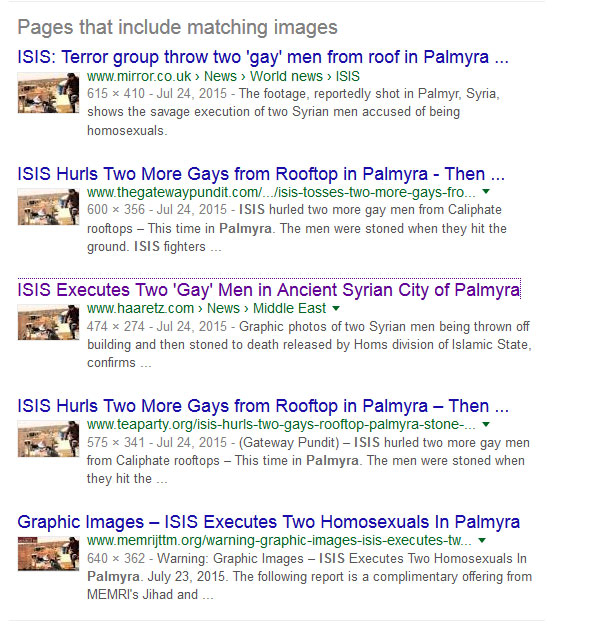 While Palmyra is in Homs province, it is far from the area stuck by Russia, as the map below shows. This is the BBC map of the area hit by the Russian air strike, I superimposed a map of Syria on to this to locate Palmyra on the BBC map except it wasn't even on the map! As you can see, I had to extend the canvas far to the right to show Palmyra. It is so deep into the blue IS area of the BBC map that they don't show it. The FAIR article also implies the picture was taken last week when it is more than 2 months old. 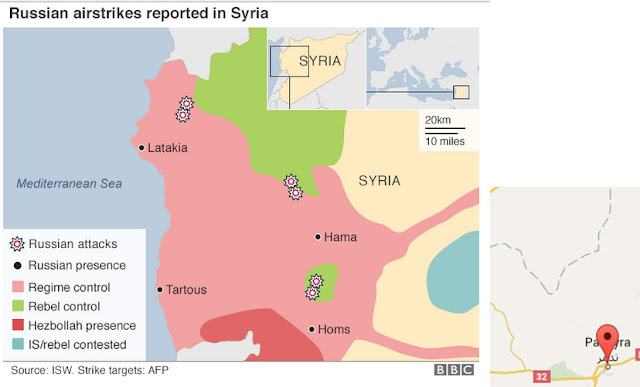 I find this piece of fraudulent journalism one of the worst I have ever seen for two reasons: 1) It's coming from a group that use to be a watch dog for precisely this sort of thing, a group named Fairness and Accuracy in Reporting, 2) It is being done to apologize and excuse a new case of imperialist aggression in what is already the worst humanitarian disaster since World War II and is becoming the Paris Commune of the 21st century. What scum some of these "anti-imperialists" have become.