Tweet
It wasn't just the number of bodies that made Hitler's mass killings of civilians during World War II so horrific, it was the methodical way the Nazis went about it. It wasn't just the slaughter than comes from shot and shell in every war; it was the industrial way much of the slaughter was carried out, with highly organizes ways of killing, counting the dead and disposing of the bodies. Today we have been provide with new evidence that the Assad regime is killing it opponents on a massive scale, and not just with barrel bombs and sarin gas in their homes. He is also torturing and murdering thousands of detainees without anything that could be considered due process.

Anadolu Agency broke this story this morning in a piece written by Kemal Ozturk:


Syria war crimes' evidences
A person who served for Syrian army for 13 years as a military policeman together with his colleagues took for two years 55,000 photographs of 11,000 people who were systematically tortured to death by Assad regime


A former member of the military service for the Syrian government for thirteen years was set to photograph and document the dead bodies of military soldiers brought from their places of detention to a military hospital during the civil war in the country.

The bodies brought to the hospital, fully consisted of detained-Syrian opposition members, which showed signs of starvation, brutal beatings, strangulation and other forms of torture and killing. It became routine for the military service to take photographs of the bodies and faces of people in detention after designating those with a 'numbering system', who had been brought to the hospital after being tortured and killed.

These images of bodies and faces of the dead with handwritten codes on each, have been accepted as 'documents' of a systematic torture and killing of people under the 'execution-orders' within the Syrian army. The military police, having photographed 55,000 photos within two years, who was fed up with the killing policies by torture, has built confidential contact with Syrian oppositions. More...

The Guardian and CNN also got exclusive access to the report and ran stories, which I cite here. I have also extracted the ten pieces of photo evidence from the pdf report and included them here as jpegs than can easily be copied and used elsewhere. 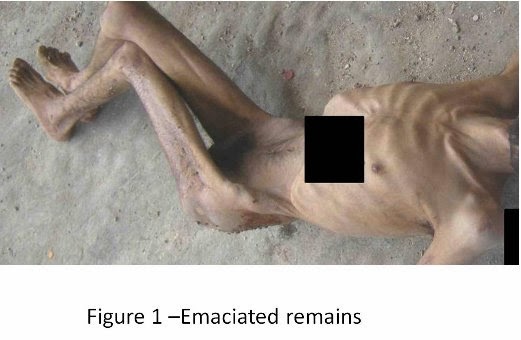 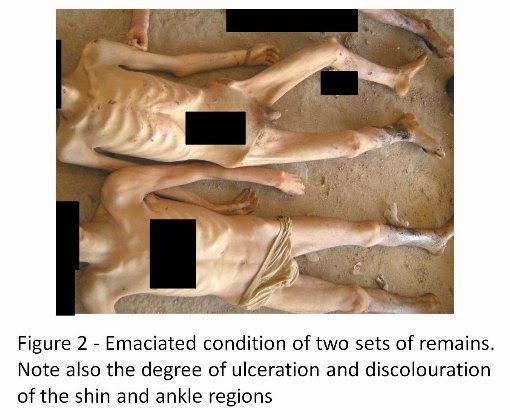 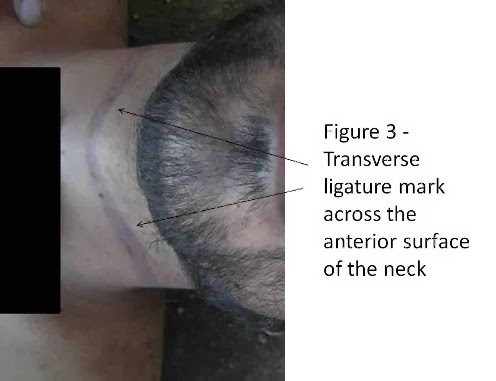 The Guardian is reporting:

Ian Black, Middle East editor
Monday 20 January 2014 14.00 EST
Syrian government officials could face war crimes charges in the light of a huge cache of evidence smuggled out of the country showing the "systematic killing" of about 11,000 detainees, according to three eminent international lawyers.

The three, former prosecutors at the criminal tribunals for the former Yugoslavia and Sierra Leone, examined thousands of Syrian government photographs and files recording deaths in the custody of regime security forces from March 2011 to last August.

Most of the victims were young men and many corpses were emaciated, bloodstained and bore signs of torture. Some had no eyes; others showed signs of strangulation or electrocution.

The UN and independent human rights groups have documented abuses by both Bashar al-Assad's government and rebels, but experts say this evidence is more detailed and on a far larger scale than anything else that has yet emerged from the 34-month crisis.

The three lawyers interviewed the source, a military policeman who worked secretly with a Syrian opposition group and later defected and fled the country. In three sessions in the last 10 days they found him credible and truthful and his account "most compelling".

They subjected all evidence to rigorous scrutiny, according to their report, which has been obtained by the Guardian and CNN.

The defector, who for security reasons is identified only as Caesar, was a photographer with the Syrian military police. He smuggled the images out of the country on memory sticks to a contact in the Syrian National Movement, which is supported by the Gulf state of Qatar. Qatar, which has financed and armed rebel groups, has called for the overthrow of Assad and demanded his prosecution for war crimes.

The 31-page report, which was commissioned by a leading firm of London solicitors acting for Qatar, is being made available to the UN, governments and human rights groups. Its publication appears deliberately timed to coincide with this week's UN-organised Geneva II peace conference, which is designed to negotiate a way out of the Syrian crisis by creating a transitional government. More...

Read the Syria report in full 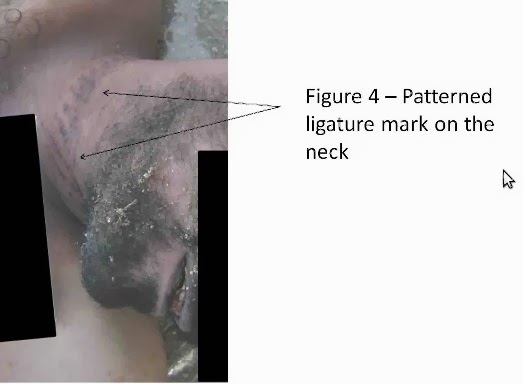 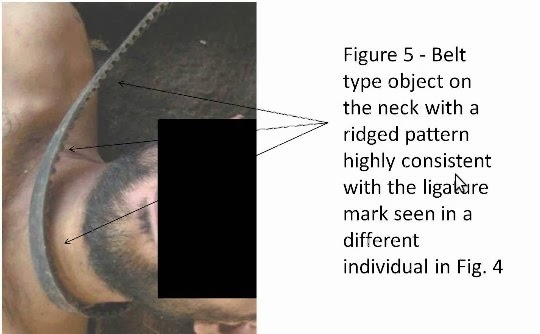 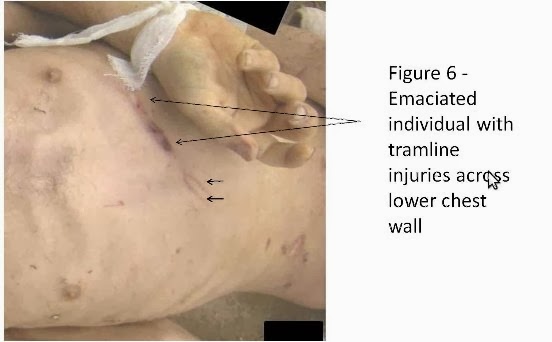 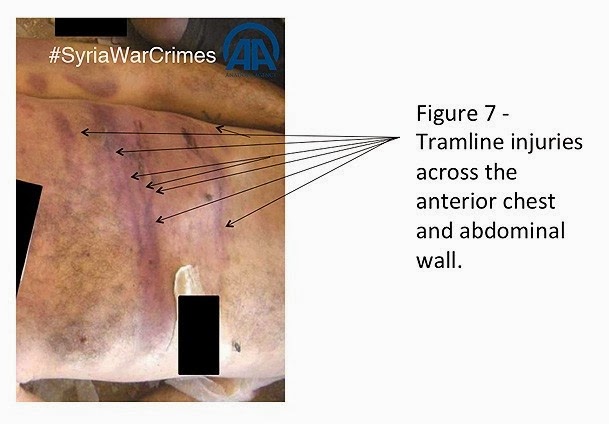 Their report, based on thousands of photographs of dead bodies of alleged detainees killed in Syrian government custody, would stand up in an international criminal tribunal, the group says.

CNN's "Amanpour" was given the report in a joint exclusive with The Guardian newspaper.

"This is a smoking gun," said David Crane, one of the report's authors. "Any prosecutor would like this kind of evidence -- the photos and the process. This is direct evidence of the regime's killing machine."

Crane, the first chief prosecutor of the Special Court for Sierra Leone, indicted former Liberian President Charles Taylor for war crimes and crimes against humanity. Taylor went on to become the first former head of state convicted of war crimes since World War II. He was sentenced to 50 years in prison.

CNN cannot independently confirm the authenticity of the photographs, documents and testimony referenced in the report, and is relying on the conclusions of the team behind it, which includes international criminal prosecutors, a forensic pathologist, an anthropologist and an expert in digital imaging.

The bodies in the photos showed signs of starvation, brutal beatings, strangulation, and other forms of torture and killing, according to the report.

In a group of photos of 150 individuals examined in detail by the experts, 62% of the bodies showed emaciation -- severely low body weight with a hollow appearance indicating starvation. The majority of all of the victims were men most likely aged 20-40.

A complex numbering system was also used to catalog the corpses, with only the relevant intelligence service knowing the identities of the corpses. It was an effort, the report says, to keep track of which security service was responsible for the death, and then later to provide false documentation that the person had died in a hospital.

One of the three lawyers who authored the report -- Sir Desmond de Silva, the former chief prosecutor of the Special Court for Sierra Leone -- likened the images to those of Holocaust survivors. More... 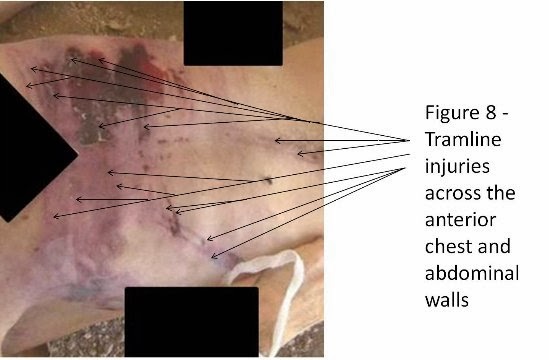 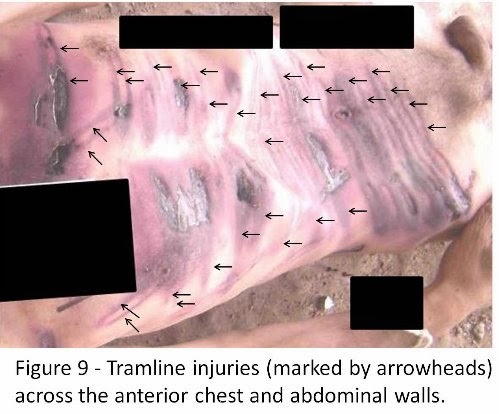 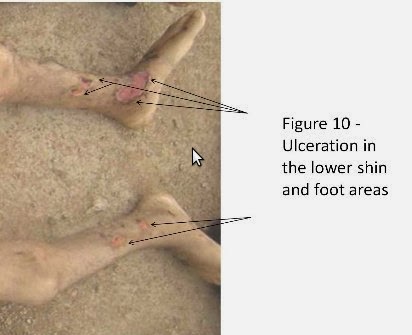 Click here for a list of my other blogs on Syria
Posted by Linux Beach at 12:46 PM