Kafranbel is coming to LA - Meet the Revolutionaries

Tweet
Kafranbel in Idlib province, Syria has become something of a cultural and artistic center for the Syrian Revolution. They have become especially known for their witty English language signs and banners. Next weekend two of the leaders of this movement will be coming to Los Angeles. Raed Fares, Kafranbel Activist, the man behind Kafranbel's famous banners, demonstrations and political cartoons and Razan Ghazzawi, Syrian Activist & Blogger.

For Angelenos, this represents a unique opportunity to cut through all the jhadist-terrorist BS with which the mainstream and much of the Left media attempts to tar the Syrian Revolution and meet some of the Syrian revolutionaries in person.

Occupied Liberated Kafranbel The Little Syrian Town That Could
The fortitude & courage of revolutionaries .. From Kafranbel

A town in northwestern Syria has become the creative center of the revolt against President Bashar al-Assad. Since the beginning of the uprising, the residents of Kafr Anbel have drawn signs that skewer the Assad regime and express outrage that the world has not done more to stop the killing in Syria.

This type of defiance and courage is what will ultimately destroy Assad and his tyrannical regime. Heroes are people that are pushed to the point that they have nothing to live for in their current situation and decide that to die trying, is far more superior than to live "dead".

Raed Fares, an activist in Kafr Anbel, explaineds that the town's residents chose to draw in English, rather than Arabic, explicitly to reach an international audience. "It's very important to send our message to all the world," he said. "And English is the public language."

And here's to hoping that this little website will help you guys reach your messages to that greater audience. Keep it up! 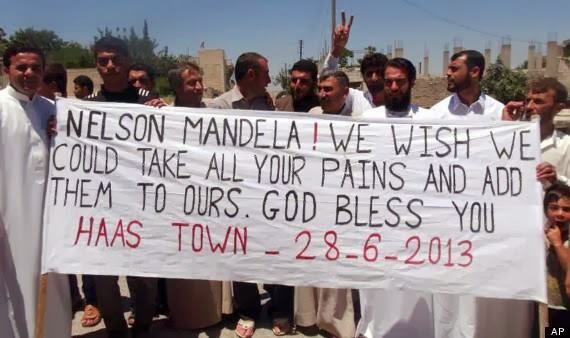 Thanksgiving message from people in Syria to people in the US 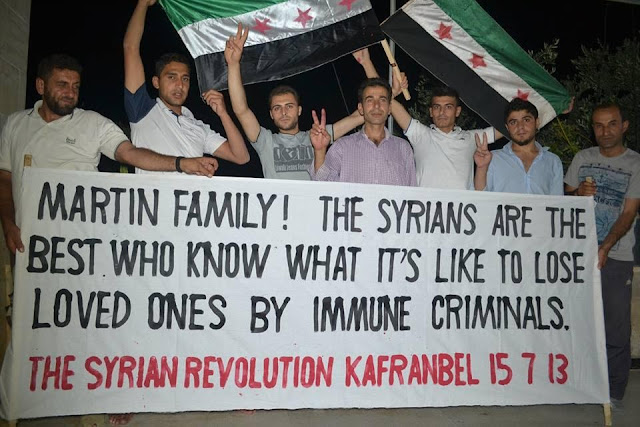 The demonstration in Kafranbel in Idlib Province | 17 Aug 2012 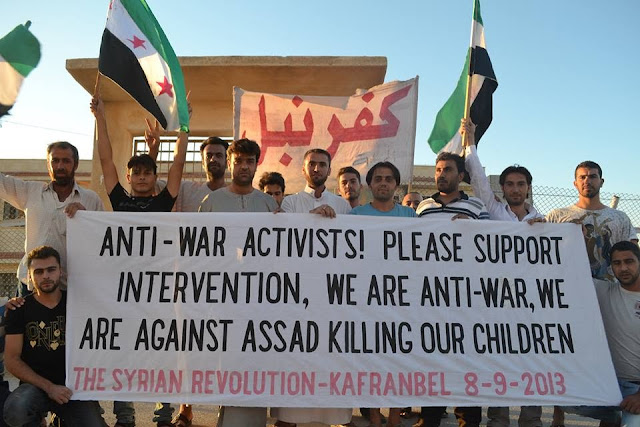 
Yesterday we posted reports that Kafranbel, a town in Idlib made famous for its witty protest signs made in English, was under heavy attack by regime forces (map). At the end of the day, there was little news beyond the report that many shells had fallen and many civilians were injured. 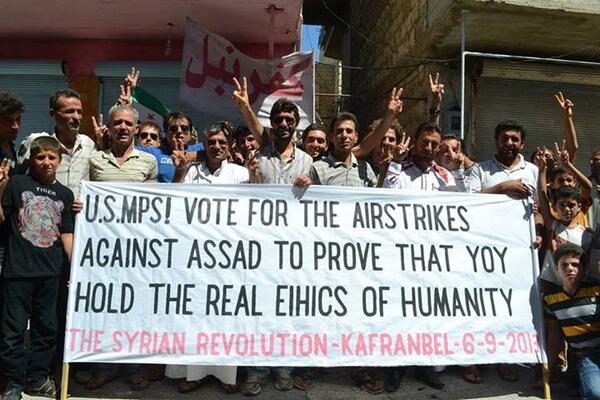 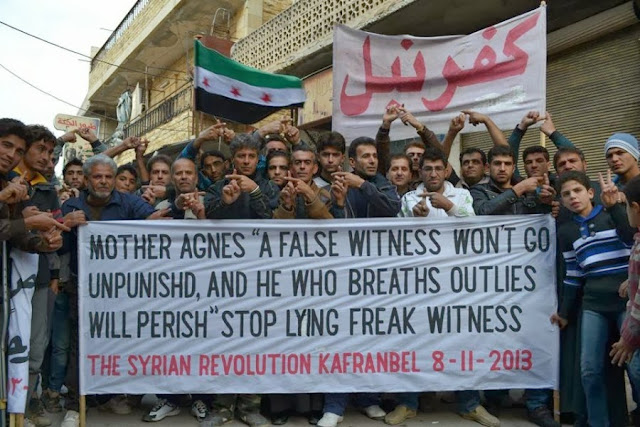 The spirit of Kafranbel:


In Kafranbel, in rebel-held Idlib province, I met Abu Yusuf, who had been a policeman for 26 years. His words voice a sentiment shared by the Syrian mainstream: "I don't fast in Ramadan. I pray when my mind isn't busy. I'm a Muslim, but my first religion is humanity. I don't care about the religion of the president. But I'll fight to the death to not be ruled by a murderer."

Link to hundreds of signs, protests and artwork from Kafranbel.


Click here for a list of my other blogs on Syria
Posted by Linux Beach at 8:55 PM