A popular revolution for freedom, equality & social justice & against absolutism

Tweet
Don't let anyone tell you that there is no revolution or revolutionaries in Syrian worth supporting. The people who say that are Assad stooges. These some of the people very much wroth supporting. Louis Proyect wrote of this:


I don't give a shit if the Syrians who issued this statement are ignored or even vilified by the "anti-imperialist" left that shares Stalin's "How many divisions does the Pope have?" workdview. The task of Marxism is to develop ties among Marxists worldwide in order to lay the foundations for a world movement capable of organizing a revolution that crosses borders. For those who are content to build a solidarity movement with the Mugabes, al-Assads, and Putins of the world, don't let me get in the way.

Our Revolution: A popular revolution for freedom, equality and social justice and against every kind of absolutism
Firstly thank you to the comrades Lee Q. Simon and Matthew Richardson for their help in the translation of this statement written by the comrades of the Revolutionary Left Current in Syria’s branch in Salamyah and that was widely distributed on August 2, 2013 in the usual Friday demonstrations against the regime in the city of Salamyah. 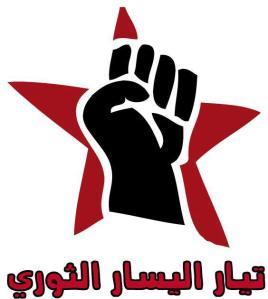 More than two years has passed, the popular revolution of our people and of our youth has been waged against the corrupt authoritarian regime that has monopolized power, wealth and the public right in Syria, while repressing all independent or opposition political, cultural and social work on behalf of a tiny bourgeois clique. The process of mass impoverishment of the Syrian people has expanded through the implementation of wild neo-liberal policies, accelerated during the rule of Bachar Al Assad, which included privatization of sectors such as education and health.

This bourgeoisie of ours has blossomed over the years, closely grafted as it was onto the ruling dictatorial junta. Although 50,000 people from this class have left the country, taking with them a large booty stolen from the toilers of our nation, the bourgeois class as a whole remains committed to the survival of the old regime. In response our intifada has been growing since 2006, and that growth has been accompanied by an increase in mass protests and strikes.

The popular revolution that broke out in March of 2011 was typical of revolutions throughout the region: peaceful in its demands and its mechanisms. To our demands for freedom, dignity and social justice the regime responded, and still responds, with bloody violence. It was only natural that in response to the brutal scorched earth policy of the junta an armed popular resistance should arise to protect demonstrators and their neighborhoods. We also witnessed the appearance of takfiri, jihadist and other sectarian groups, groups that were tolerated and often aided by the old regime. These groups still represent a minority in the broader revolutionary movement, but it must be said that they have become a part of the counterrevolution, and a real threat to the popular revolution and an extension of the oppressive old regime. It wasn’t long before there were popular protests against the regressive Islamic (or Shari’a) Councils and these takfiri sectarian jihadists in many cities throughout the country confirming that people have declared them to be counter-revolutionary, just as the armed conflict between them and the Free Syrian Army has shown that the revolutionary will requires of us a confrontation with this fascist counter-revolutionary force, which must be firmly crushed.

The regime continued the destruction of towns and cities and to provoke the displacement of populations, with killing and arrests. The regime was fully supported in its projects by its allies Russia, Iran and Iraq alongside Hezbollah. Rivers of Syrian blood will not convince them to abandon Assad. On the other side the West and its allies in the region are busy working toward a negotiated settlement, while declaring their sympathy for the Syrian people. They want to impose a top-down and partial change to the system, which is the content of the first Geneva agreement of last June. They are collaborating since last May with the regime’s allies to reopen negotiations. These regional and international powers formed political opposition structures aligned on its interests such as the National Council and the National Coalition. These last two actors have given full acceptance to these countries in the context of negotiations with Russia and the authoritarian regime. In fact, these regional players and Western powers are not at all interested in seeing a victorious popular revolution occur in Syria. Such a victory would upset the current balance of power in the region, and threaten to spread the flame of revolution to the other imperialist powers in the region, to the Gulf States and Saudi Arabia on one hand and to the Zionist state on the other. 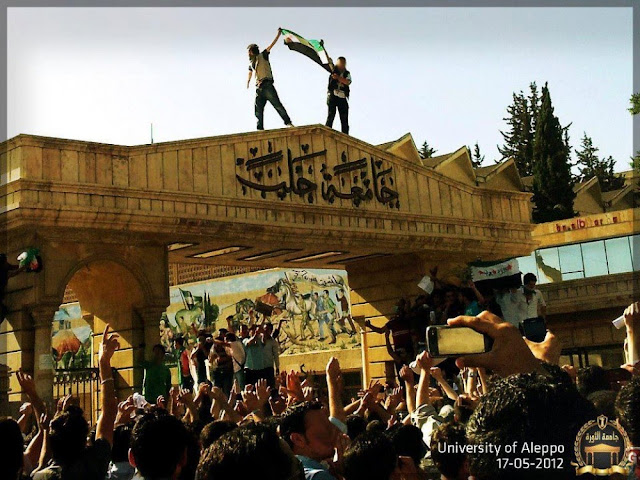 Our truly great revolution has been orphaned. It has no real and reliable support besides the revolutionary movements in the neighboring nations. We must learn to rely on ourselves and the enormous potential of our people.

Despite these dangers and obstacles, our revolution has remained true to its original objectives: the overthrow of the regime, the establishment of a truly democratic system committed to respecting basic freedoms, the promotion of political engagement in parties, cultures and unions, the promotion of women’s and minorities’ rights, Freedom of belief and promotion of laws on the basis of the separation of religion and the State, struggling against sectarianism, and the realization of equality and social justice.

There is no going back to the time of oppression, repression and tyranny, no matter what our revolution encounters in the way of detours, challenges and temporary setbacks. We cannot turn back because our revolution has deep roots in a struggle not only for political equality but for social and economic equality as well. These roots will push us up and forward for years to come. Our popular movement has proven capable of creating its own forms and networks of self organization and self governance. Despite widespread slander against our local civil councils, these forms of popular leadership of the laborious masses are in fact a legacy of the local struggle and a part of our revolutionary consciousness, for our present and future. We call out for this democracy from below in anticipation of a socialism from below, which we are fighting for.

From the very beginning, despite its modest capacities, the Current of the Revolutionary Left has not once faltered in its engagement with the revolution, calling for for democracy and socialism. We have struggled alongside the people and all democratic forces for the victory of this great popular revolution, just as we struggle for the formation of a popular socialist workers’ party, for a workers’ and toilers’ party and for a revolutionary socialist party. We call on all revolutionaries and socialists to join our ranks so as to fulfill these two great missions.

In service to the martyrs, for the healing of the wounded, for the liberation of all prisoners.

Victory for the People’s Revolution!

All Power and Wealth to the People!

Click here for a list of my other blogs on Syria
Posted by Linux Beach at 5:19 PM