The pictures in this photostream document Libya’s early challenges and accomplishments as the nation strives to become a democracy in the aftermath of the Gaddafi regime’s legacy of repression and the fighting that led to its overthrow.

All images are part of an exhibition entitled “Libya in Transition: Helping to Build a New Democratic Libya”, which was produced by the UN Support Mission in Libya (UNSMIL), a political mission overseen by the Department of Political Affairs, and displayed at United Nations Headquarters in New York from 29 January to 6 February 2013. More... 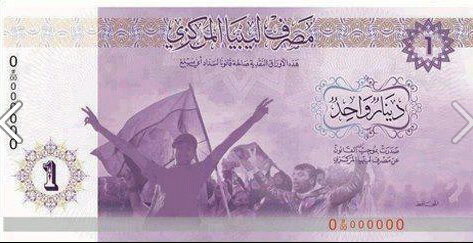 This was the old money: Slowly but surely, Libya is recovering from four decades of dictatorship.

The Libya Herald ran an opinion piece today I wanted to share with you:

How international media get Libya wrong

By Nigel Ash
Tripoli, 1 February 2013
In the past few days, thousands of calls and messages will have been sent by anxious relatives and friends to foreigners living and working in Libya. Almost certainly, each will have have asked if the recipients really think it safe to stay in the country, given the dire warnings from the European and North American governments of imminent terror attacks, first in Benghazi and then against the British Embassy in the Tripoli Towers.

The urgent changes to the travel advice of these countries, stating that none of their citizens should visit any part of Libya, unless their journey was essential, flashed around the globe. Taken with the steady stream of media reports of shootings and assassination attempts, particularly in Benghazi, the picture the outside world is receiving of Libya is of a country teetering on the brink of chaos, with armed militiamen defying the government, under whose command they are now supposed to fall.

Given the 11 September murder of US ambassador Chris Stevens and three colleagues at the Benghazi consulate, the earlier attempt on the life of the former British ambassador Dominic Asquith and the later shooting up of the vehicle carrying Italian Consul-General Guido de Sanctis, this portrait of a Libya plunging into anarchy seems entirely credible to people overseas.

However, there is a problem with much of the international media reporting of Libya. There are relatively few foreign journalists on the ground here, but there are a great many writers sitting in their distant offices, who may never have visited the country but who have been busy following “the story”. Unfortunately “the story” all too often consists of what other writers, also sitting in distant offices, have been penning.

Thus half-truth and misunderstanding are piled one upon another to create an ill-informed narrative that misleads the average reader, as well as other journalists. Among the posse of British pressmen that accompanied British PM David Cameron on his Thursday visit to Tripoli, there were some who demonstrated the problem.

One journalist asked the Libya Herald if it was really true that the government’s writ did not extend beyond the outskirts of Tripoli. Of Cameron’s 15-minute walkabout in Martyrs square, another wrote that the British politician was “100 yards from Gaddafi’s old palace”. He also described Martyrs’ square as “ the site of the start of the revolution against Muammar Qaddafi nearly two years ago ”.

To journalists on a flying visit, such errors may appear a trivial price to pay in providing “colour” to what was, for them, largely a political story of the meeting between the Ali Zeidan and Cameron. But such mistakes confuse and mislead their readers and are unprofessional. Some pretty basic preliminary research would have established that the revolution began in Benghazi and that Qaddafi’s Bab Al-Azizya compound was not near the square.

Security in Libya is indeed poor and as the second anniversary of the revolution approaches, there is widespread concern over terror attacks. Yet as foreigners who have had to reply to anxious family and friends well understand, Libya is not Iraq nor Afghanistan, nor the anarchic mess described by overseas media.