Qaddafi forces Strike Back in Libya

Anyone that been following events in Libya after the triumph of the revolution knows that since the military defeat of the Qaddafi regime, the peace has been broken all too often by armed conflict. Some have called it chaos and while I don't agree with that assessment, I know that the country is awash with weapons and the central government is still trying to get its sea legs.

There was a clash between tribes in the south in February that cost over a 100 lives before the NTC was able to handle it. There have been numerous clashes between the many revolutionary brigades and the government over issues or among themselves over turf, like the takeover, for hours of Tripoli Airport two weeks ago. No one died in that clash, but they haven't always been that lucky. Even criminal gangs have heavy weapons and try to take advantage of the disorganization to get some loot.

Remarkably, the one thing that has apparently been missing from this violent soup is what many people expected, something that looked like a counter attack by Qaddafi loyalists. Most anti-interventionists credited NATO with overthrowing Qaddafi. They also seriously overestimated the amount of popular support the Qaddafi regime had in Libya. They predicted that as soon as NATO planes where no longer in the skies over Libya, the pro-Qaddafi forces would stage something of a comeback and at a minimum, Libya would be plagued by a long period of guerrilla war.

Finally, this week, there was something that looked like an armed strike by forces from the Qaddafi regime, an armed clash in which 16 Libyans were killed.

Clashes between Zintani forces and members of the Mashasha tribe continued today around the town of Shagiga in the Nafusa Mountains. During the fighting, the Zintanis claimed to have captured the former Qaddafi commander of nearby Gharian, Mabrouk Sahban. They also said they had caught a former deputy of Khamis Qaddafi as well as two Tawarghans fighting with the Mashasha.

Fighting between the two groups started on Monday after the Mashasha killed a Zintani brigadesman at a checkpoint they had erected on the road to Sebha. During clashes on Tuesday, which drew in forces from other neighbouring towns, 16 people were killed.

Despite Zintani claims today to have moved into the town of Shagiga, home to many members of the Mashasha, local residents said that it has not been captured. However, they reported that 40 houses had been destroyed in the town by rocket fire.

Libya Herald correspondents at a conference in nearby Jadu clearly overheard heavy gunfire during the afternoon.

Sahban, who commanded Qaddafi’s forces in the Nafusa Mountains during last year’s revolution, had a reputation for brutality. After the liberation of Gharian, a few days before that of Tripoli last August, he completely vanished. It is now being said that he was being given protection in Bani Walid, which has been seen as a hub of counter-revolutionary sentiment since January.

The situation in the area threatens to be further exacerbated by the death of a brigade commander from Jadu this afternoon. Al-Sifao Omar Hablee had earlier been shot on Tripoli’s airport road. It is claimed that he had been stopped by members of Zintan’s Mohammed Madani Brigade who tried to seize his vehicle, a Toyota Land Cruiser, and that they shot him when he refused to hand it over. He was taken to hospital where he died of his wounds.

Following his death, representatives from Jadu went to Zintan, and demanded that his killers be handed over. It has been reported that some Jadu citizens are preparing for a possible clash with Zintan.

And so it goes in revolutionary Libya. There are still many stables to clean. The surprising thing is that we haven't heard more from supporters of the Qaddafi regime, but then, who knows how much they have been involved in instigating some of the other clashes or just what other mischief they've been up to.

History has shown that the defeated regime will always attempt a counter-revolution and by many means. It was a good thing for the revolution that the infamous Law 37, that banned public support for Qaddafi was struck down. It is better to have the Qaddafi supporters be able to publicly advocate their views and become politically involved in building the new Libya. But the Libyan revolutionaries must remember that the danger is not over and won't be until every vestige of the old regime is defeated in detail. 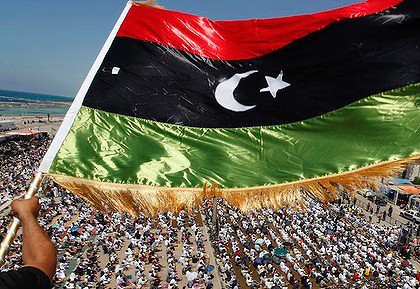