Counter-revolutionary "Left"will again be with NATO

Tweet
This time it will be by their silence.

The rise as ISIS, a group that al Qaeda calls too extreme, and the connection of a British voice to the brutal beheading of James Foley, has caused the leaders of western imperialism to address the fact that many holders of European, British, Canada, Australian and American passports have gone to fight in Syria.

This has in turn forced them to address the question of motivation: Why have thousands of young people from those countries given up relatively comfortable lives in the west to play "Lawrence of Arabia" in the very land that Lawrence made a name for himself? Why have they joined the Arab revolt? And here they start to sound like idiots. They talk about the attraction of jihad and Internet brainwashing and everything else they can think of but in the end they can conjure up no good reasons why a sane person would risk his young life in a foreign land.

The simple, and for them, unspeakable fact is that what motivates these recruits most is that having witnessed the valor and the suffering of the Syrian people on the Internet these past few years, a growing number have desired to come to the aid of the Syrian people and have taken up their cause. I think these foreign fighters in Syria have much in common with the internationalists that went to Spain to fight for the republic as the clouds where gathering for World War 2. Coincidentally, war clouds are gathering in Europe again. They were motivated by the cause of the republic, the courage of the revolutionaries, and the suffering of the Spanish people fighting against such uneven odds. It will ultimately save humanity that young people are willing time and again to put aside their fears and personal safety in the service of others.

While its true that the Lincoln Brigade and groups like it came under relatively progressive leadership, whereas most of the young foreigners fighting in Syria have given themselves to very reactionary leadership, the motivations are quite similar, they want to intervene against Assad's murder of the children. It certainly isn't the fault of these young people that there is no "left" or progressive road to Damascus, no "Lincoln Brigade," those that occupy the high ramparts of the "Left" have seen to that. But for Muslim youth around the world the Islamists have put in place a highway that leads from the local mosque to the front-lines. Because they have mobilized for the Syrians while the "Left" has cheered on Assad, these reactionary jihadists have gained in strength while the "Left" has been complete discredited in their eyes. [The Left is with Assad.]

Of course, these commentators on CNN, Fox News and the like can't afford to talk about these more noble motivations for going to Syria and fighting with whoever claims to be fighting Assad, because then they would have to talk about what is really happening in Syria and try to explain why the murder of two hundred thousand people in three years in a relatively small country merited so little coverage. They can't do that.

And the "anti-imperialist" Left can't raise these points either because they are guilty of the same crimes as the bourgeoisie when it comes to Syria. 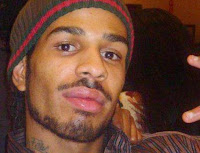 UPDATE: Douglas MacArthur McCain was a baseball fan and would be rapper from San Diego. He was born in Minnesota. A few years ago he tweeted #FreeGaza. Recently he was killed by the Free Syria Army in a battle with ISIS. He was fighting for ISIS. The question that everyone on the left that is serious about winning has to ask is why are people like Douglas are being won to extreme reaction rather than the left.


Click here for a list of my other blogs on Syria
Posted by Linux Beach at 11:06 PM