"This ship is allegedly uh to be attacked tonight."
- Defense Secretary to President before phony attack. 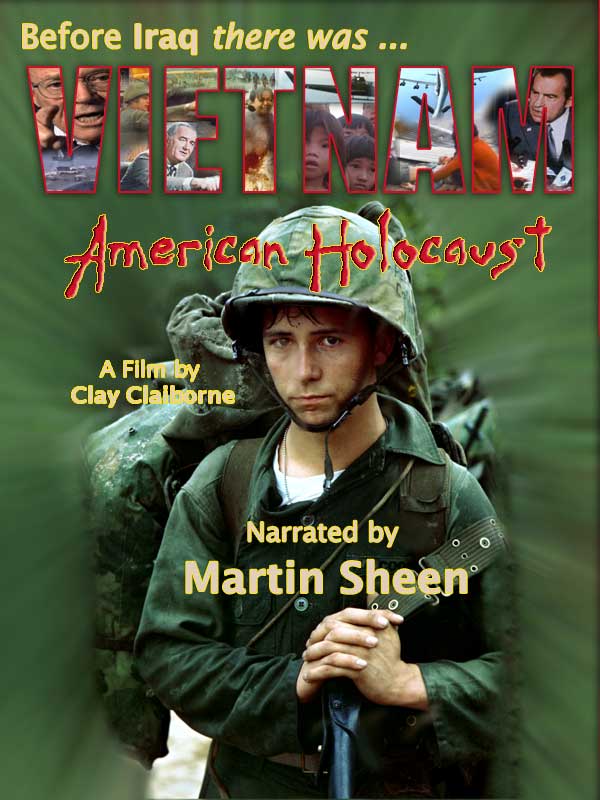 Fifty years ago today, on the 4th of August 1964, the claim was made that North Vietnamese PT boats attacked US warships in the Gulf of Tonkin. Based on that claim, Congress passed the "Gulf of Tonkin" resolution empowering the Commander-in-Chief to "do whatever may be necessary." As a result of what was seen as "necessary," more than fifty-thousand Americans and some three million Vietnamese would be slaughtered over the next eight years in the war authorized by the Gulf of Tonkin Resolution.

However, the claimed 4th of August attacks that were the casus belli for the Vietnam War never took place. It was a hoax perpetrated on the World by the White House and as I revealed in Vietnam: American Holocaust, US President Lyndon B Johnson and Secretary of Defense Robert S McNamara were at the center of it.

White House recordings are made public after forty years, so one advantage I had in doing this documentary in 2006-2008, as compared to earlier works, was access to White House tapes [ as well as other documentation released by statue after 40 years. ] for those war years. This included the White House tapes for 4 August 1964, the day of the so-called Gulf of Tonkin attack. This co-incidentally was also the day that the FBI found the three slain civil rights workers. ["Mississippi Burning"] They reported to the White House which then decided how to make the news public. All and all a "big news" day at the White House and the recordings are an incredible record of how LBJ juggled these two major events.

At 9:15pm LBJ is on the phone planning his announcement of the bombing of North Vietnam in response to the alleged Gulf of Tonkin attacks and tells McNamara "I don't see why we bring Goldwater in on this. Why don't we just say I felt it appropriate just to communicate my decision to the Republican candidate for president. And I'll say he's assured me of his full support. I think it makes us sound like we're very much together and buddies and agreein' on bombing everybody."

Twenty minutes later he is on the phone with the Governor of Mississippi about the found bodies of Michael Schwerner, Andrew Goodman, and James Chaney. He tells the Govenor "I've been in this Vietnam Security Council and we're, uh, we're having to retaliate out there tonight, uh, that this shooting that took place at our destroyer today. I'm goin' on television after a while, as soon as I get our planes off the ground, and tell the people about it."

Then he gets to the business of finding the killers of the civil rights workers. The President tells the Governor "I thought I'd better talk to you. I know you're gonna do everything you can to apprehend 'em. And anyway in the world we can help, we want to do it." When the Governor pledges continued cooperation, Johnson tells him "You've, uh, you certainly, uh, acted fine under all the circumstances. And I certainly do appreciate you attitude and your cooperation."

Most significantly, the first discussion of the North Vietnamese "surprise" attack takes place before the attack with McNamara and Johnson already planning their response "in the event this attack takes place within the next six to nine hours." No such attack took place 50 years ago today even though it was dutifully reported by the task force commander and used to justify a war by the President. While it has long been conceded, even in the official Navy records that "that there was actually no North Vietnamese attack that night," These recordings provide the "smoking gun" that shows the fraud used to justify the murder of millions involved the very highest levels of the US government.

Vietnam: American Holocaust was the first documentary to reveal this "smoking gun" to the World. Below is the screenplay of the section on the Gulf of Tonkin Incident from the film:

Buy the DVD from the Vietnam: American Holocaust website or Amazon.com