Tweet
Not surprisingly, the struggle in Syria and the position the Left should take towards it was a major topic of discussion at the World Social Forum in Tunis last month. One of the most important things to come out of it was the following statement of support for the Syrian Revolution, including the demand that Syrian President Bashar al-Assad go, signed my a growing number of prominent Leftists. Here is a French version with the names, and here is the English translation reproduced below. I have added the graphics:

Solidarity With the Syrian Struggle for Dignity and Freedom
8 April 2013
We, the undersigned, stand in solidarity with the millions of Syrians who have been struggling for dignity and freedom since March 2011. We call on people of the world to pressure the Syrian regime to end its oppression of and war on the Syrian people. We demand that Bashar al-Asad leave immediately without excuses so that Syria can begin a speedy recovery towards a democratic future.

Since March 2011, Asad’s regime has steadily escalated its violence against the Syrian people, launching Scud missiles, using weapons banned by the Geneva Convention such as cluster bombs and incendiary munitions, and using aerial bombardment. The regime has detained and tortured tens of thousands of people and committed untold massacres. It has refused political settlements that do not include Asad in power, and it has polarized the society through strategic acts of violence and by sowing seeds of division. The regime has also, since the early days of the uprising, sought to internationalize the crisis in order to place it within geopolitical battles that would only strengthen the regime. Staying true to the logics of an authoritarian regime, Asad could never accept the legitimate demands of the Syrian people for freedom and dignity. Thus, there is no hope for a free, unified, and independent Syria so long as his regime remains in power. 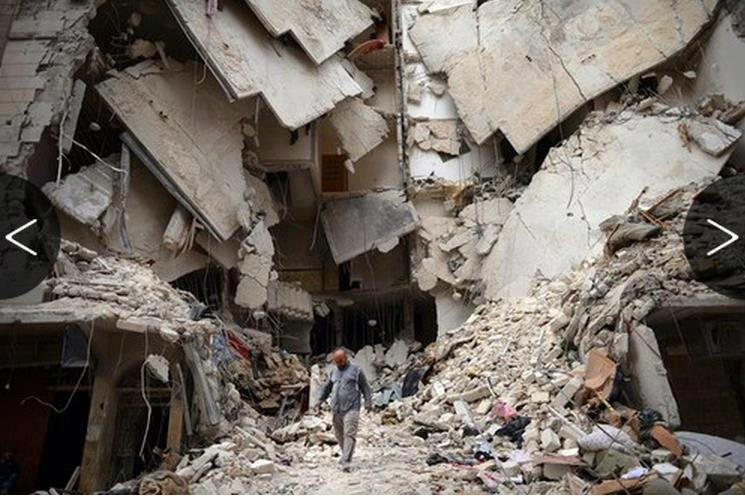 This is a revolt that was sparked by the children of Deraa and the sit-ins and demonstrations of the youth in the cities, the peasants of the rural areas, and the dispossessed and marginalized of Syria. It is they who rallied non-violently through protests and songs and chants, before the regime’s brutal crackdown. Since then, the regime has pushed for the militarization of the Syrian nonviolent movement. As a result, young men took up arms, first out of self-defense. Lately, this has resulted in attempts by some groups fighting the regime to force a climate of polarization, and negation of the Other politically, socially and culturally. These acts that are in themselves against the revolution for freedom and dignity.

Yet, the revolution for freedom and dignity remains steadfast. It is for this reason that we, the undersigned, appeal to those of you in the global civil society, not to ineffective and manipulative governments, to defend the gains of the Syrian revolutionaries, and to spread our vision: freedom from authoritarianism and support of Syrians’ revolution as an integral part of the struggles for freedom and dignity in the region and around the world.

The fight in Syria is an extension of the fight for freedom regionally and worldwide. It cannot be divorced from the struggles of the Bahrainis, Egyptians, Tunisians, Libyans, Yemenis, and other peoples who have revolted against oppression and authoritarianism as well as against those seeking to usurp or destroy the uprisings and divert them for their own agendas. It is connected to the Palestinians’ struggle for freedom, dignity and equality. The revolution in Syria is a fundamental part of the North African revolutions, yet, it is also an extension of the Zapatista revolt in Mexico, the landless movement in Brazil, the European and North American revolts against neoliberal exploitation, and an echo of Iranian, Russian, and Chinese movements for freedom. This is a revolution where women have also played a central role. 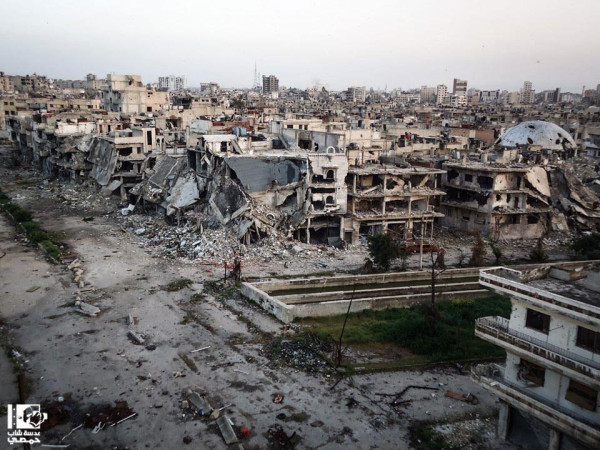 The Syrian revolution has confronted a world upside down, one where states that were allegedly friends of the Arabs such as Russia, China, and Iran have stood in support of the slaughter of people, while states that never supported democracy or independence, especially the US and their Gulf allies, have intervened in support of the revolutionaries. They have done so with clear cynical self interest. In fact, their intervention tried to crush and subvert the uprising, while selling illusions and deceptive lies.

Given that regional and world powers have left the Syrian people alone, we ask you to lend your support to those Syrians still fighting for justice, dignity, and freedom, and who have withstood the deafening sounds of the battle, as well as rejected the illusions sold by the enemies of freedom.

As intellectuals, academics, activists, artists, concerned citizens, and social movements we stand in solidarity with the Syrian people to emphasize the revolutionary dimension of their struggle and to prevent the geopolitical battles and proxy wars taking place in their country. We ask you to lend your support to all Syrians from all backgrounds asking for a peaceful transition of power, one where all Syrians can have a voice and decide their own fate. We also reject all attempts of any group to monopolize power, and to impose its own agenda, or to impose unitary or homogenous identities on the Syrian people. We ask you to support those people and organizations on the ground that still uphold the ideals for a free and democratic Syria.

The Tide is Turning on the Left!!!
Posted by Linux Beach at 9:20 AM