Tweet
My New Year's Resolution is to resume my political blogging in defense of the people of Syria, Libya, Ferguson, Missouri and from around the world.

2014 was an eventful year both personally and politically. The first half of 2014 saw my personal financial situation deteriorate to a dangerous low in spite of two successful GoFundMe campaigns in which I asked my readers to contribute to my survival. Finally in July, my search for employment bore fruit. I landed my dream job - Linux System Administrator, Work From Home position with Rackspace Hosting.

This job quest actually started about this time a year ago. I was talking to my brother, Chris, over the Holidays. He was working for Rackspace in San Antonio, TX then, and being aware of Rackspace's reputation as an Open Source company and a great place to work, being on the Forbes list of best 100 places to work and all that, I casually said "I wish Rackspace had something in LA, I'd ask you to help me get a job there," knowing their only California facility was in San Francisco. Sometime later, in January or February, he sent me a list of job openings at Rackspace, and I immediately applied for the one that said Linux System Administrator, this is a work from home position.

Rackspace is growing fast and in spite good pay and benefits, they have had a problem enticing Linux people to relocate to San Antonio or even Austin, hence, the work from home offerings. Still, getting the job was neither quick nor simple. Rackspace has over 6,000 employees worldwide but less than 300 work from home full-time.

For a variety of reasons, Rackspace rates very high on the desirable-places-to-work scale in the tech world, so getting into Rackspace is said to be harder than getting into Harvard. In September, they told my on-boarding class, which included workers that had left Google and Microsoft, that they had accepted over 32,000 applications but hired only 750 YTD. It took a string of interviews and tests over a 6 month period before I was offered the position. By then my brother had already moved on.

Those of you who know me, know of my long advocacy and association with the Open Source/Free Software Linux operating system. Its not just half the name of this blog, it's what I do professionally. Only doing it as an independent contractor while in fact focusing on blogging for Syria wasn't working out that well for me.

Work From Home is a no-brainer. Or do I have to mention West LA traffic? Haven't I long had the dual mantras "Avoid the 405 like the plague", "Avoid Lincoln Blvd. like the plague"? And I've often spoken of my desire to earn an income without going east of Lincoln. Now I don't have to go east of Main Street!

Rackspace is a major Internet server and Cloud provider. Its headquarters are in San Antonio, where it is the largest private employer. About 4,000 of those employees work out of an abandoned and then re-purposed mall just outside of San Antonio that sprawls over a half-million square feet of workstations and meeting rooms known as the Castle. For more than three months after I was hired, I worked out of the Castle in San Antonio.

For 97 days I lived at the Hilton Home2 near the San Antonio airport and commuted to the Castle via I-410 NE Loop in a rented Ford Fusion Titanium with a speedometer that went to 160 mph. This period also gave me an opportunity to re-connect with family I have in San Antonio, including two young nephews I hadn't met before.

I was there to learn the Rackspace way to Linux SysAdm and their vast infrastructure. The Rackspace CEO likes to brag that they don't have corporate jets or mahogany desks [but he does have the biggest cubicle at the Castle] because they put their money into their people. I'm here to tell you its not just talk.

My blogging tailed off while I was in San Antonio and after my initial stay was extended, with a question raised as to whether I could learn enough to return to LA with the job before Thanksgiving, it ceased altogether while I focused on the chief task at hand - returning to LA with the job before Thanksgiving. That mission was accomplished. I am still working second shift, as I did in San Antonio. I'm still with the Austin Team, which now actually is in Austin except for another remote racker on the East coast. Rackspace runs everywhere on CST so my PST hours are noon to 9pm with an hour off for lunch, Tuesday through Saturday. In those hours I work with my team to maintain over a hundred thousand servers in datacenters spanning from London to Hong Kong. I am on the corporate network, via virtual private network [VPN], my phone rings as the same extension it did in the Castle, and I can log into and play "God" on systems all over the globe. I also make heavy use of email, chat, IM and video conferencing, and through these wonders of modern technology I am able to do this highly technical job in my pjs, in my apartment a block from the beach in Venice, CA.

Did I also mention that a Rackspace job comes with good benefits like medical, dental, vision, 401K contributions, earned time off, all of which start on day one? I'm back with Kaiser Permanente now and  have my old doctor back. I even have a $200/mo. personal cloud account. I've already put up a WordPress site running on CentOS 6.5, with a copy of this blog here.

So now that I've more or less resolved the question of how I was going to be able to continue to live in the style to which I've grown accustom, and as I ease into the new routine of working this regular schedule and grind my way through the list of tasks that accumulated in my absence, it is becoming high time to bring my blogging back on line. This New Year's greeting is a first effort in that direction.

Although I haven't published a new post since the end of October, it is most gratifying to see that the material that I have already written continues to attract new readers, and I certainly have reason to believe that my Syria writings have stood the test of time. A year ago today I published Bashar al-Jihad: Is ISIS a child of the regime?, warning of the growing threat of ISIS and the Syrian regime's links to it at a time when few were concerned. James Foley was beheaded on 19 August, my second day of work at Rackspace, and that gruesome murder brought ISIS to the world's attention. More than 8 months earlier, on 5 January 2013, I wrote of the rise of ISIS:


It has caused many that claimed to support the struggle for democracy in Syria to turn their backs on the revolution in the name of "stability," claiming that the victory of [the Assad] regime is essential for the "war on terror." It has allowed US President Barack Obama to come out of the closet with his support for Bashar al-Assad. He is quickly manoeuvring to openly put the United States openly on Assad's side.

Fast-forward one year and we see Bashar al-Assad making a mockery of those on the Left that for years slandered the Syrian democratic revolution as an Obama driven "regime change" plot by loudly complaining that Obama's air strikes against Assad's enemies in Syria aren't robust enough! I warned that these pro-Assad US air strikes were coming almost two years ago in Obama planning drone strikes against Assad's opposition in Syria, 16 March 2013:


From the LA Times today we have breaking news that the Obama Administration is presently in the planning stages for a direct US armed intervention into the Syrian civil war. The plan will be to intervene on the side of Syrian President Bashar al-Assad with a series of armed drone strikes against his opposition.
...
While drone strikes against Islamist militants fighting Assad may be taken in the name of saving US lives in some hypothetical future, they won't save any Syrian lives now or hinder Assad's massive "Death from Above" campaign against Syrian civilians. Actually, since al-Nusra has been most effective in relieving Assad of bases for his air operations and are attempting to implement a "no-fly zone" over Syria, any Obama attack against al-Nusra would certainly be most welcomed by the embattled Assad regime.

And so it has been.

Predictive writing like this put me in a good position to take a slight hiatus and remain relevant, but now, with the money secure, its time to get busy again. According to the UK based Syrian Observatory for Human Rights (SOHR) 76,021 people were killed in the Syrian conflict in 2014 and while ISIS got a lot more press for beheading six westerners in Iraq and Syria, the UK-based Iraq Body Count credited them with a minimum 4,325 of the 17,000 deaths in the Iraqi conflict where the US, and the Iraqi government it put in place, have the big guns and air planes. But it is Syria's Bashar al-Assad, with his air force and large mechanized army, that remains far and away, the biggest mass murderer in the region. Now, as Bashar al-Assad's four year old campaign of "Death from Above" is joined by US war planes, there is a curious silence from a US Peace movement that continues to welcome Assad supporters into its ranks.

Closer to home, I welcome the new vigor that has joined the long campaign to opposed police violence against Black people. The outrage over the police murders of Michael Brown, Eric Garner, John Crawford and Ezell Ford in 2014 has lit a fire in the mass movement that is spreading and it deserves careful nurturing. Ever since the days of slavery, police it this country have had a role in suppressing Black people and this country can never be free until that role is destroyed.

So there is much to be done. 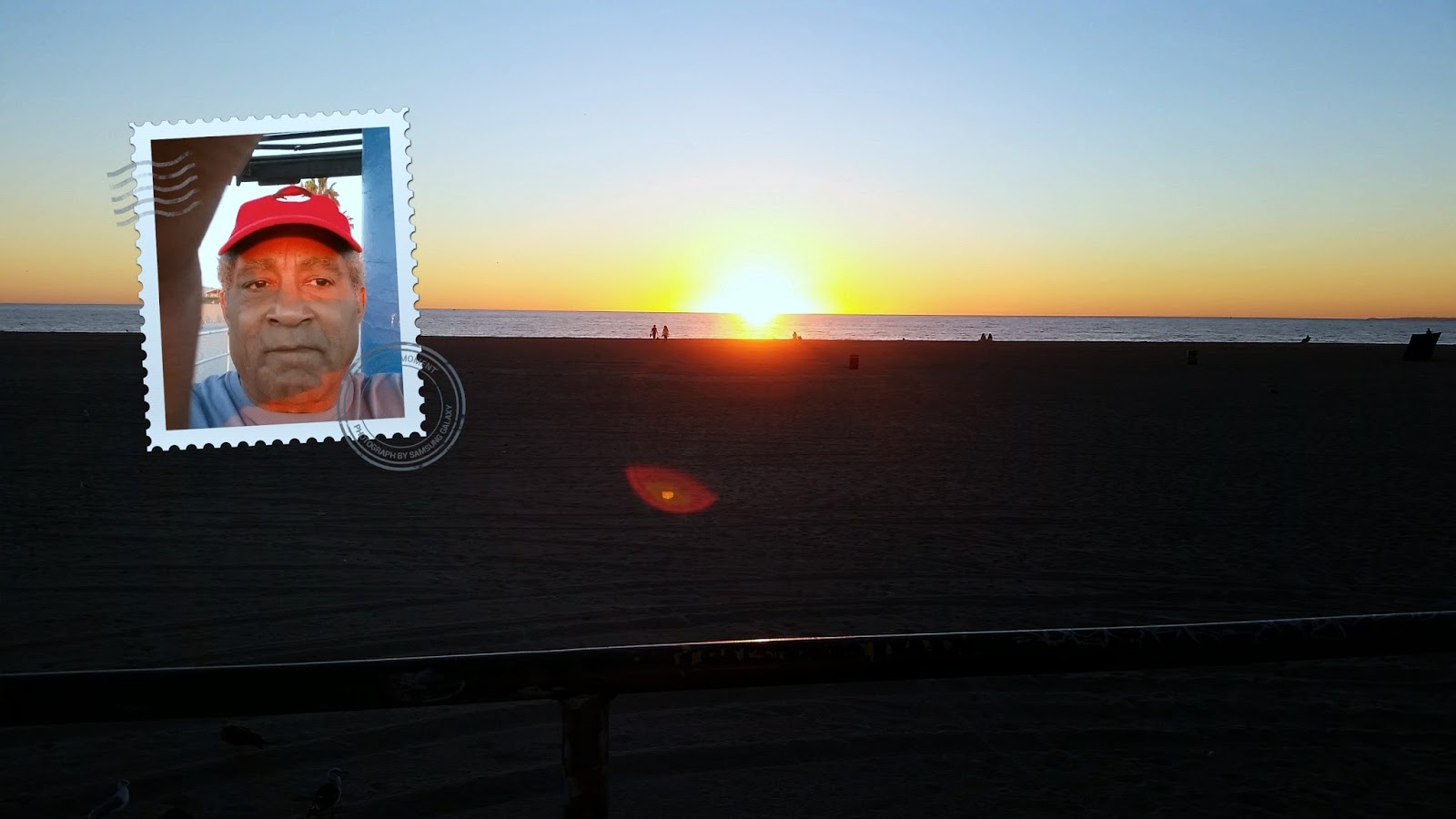 Rackspace on YouTube
These short videos will tell you more about life at Rackspace Hosting.


I was there for Halloween 2014, but it was much more subdued than this one.